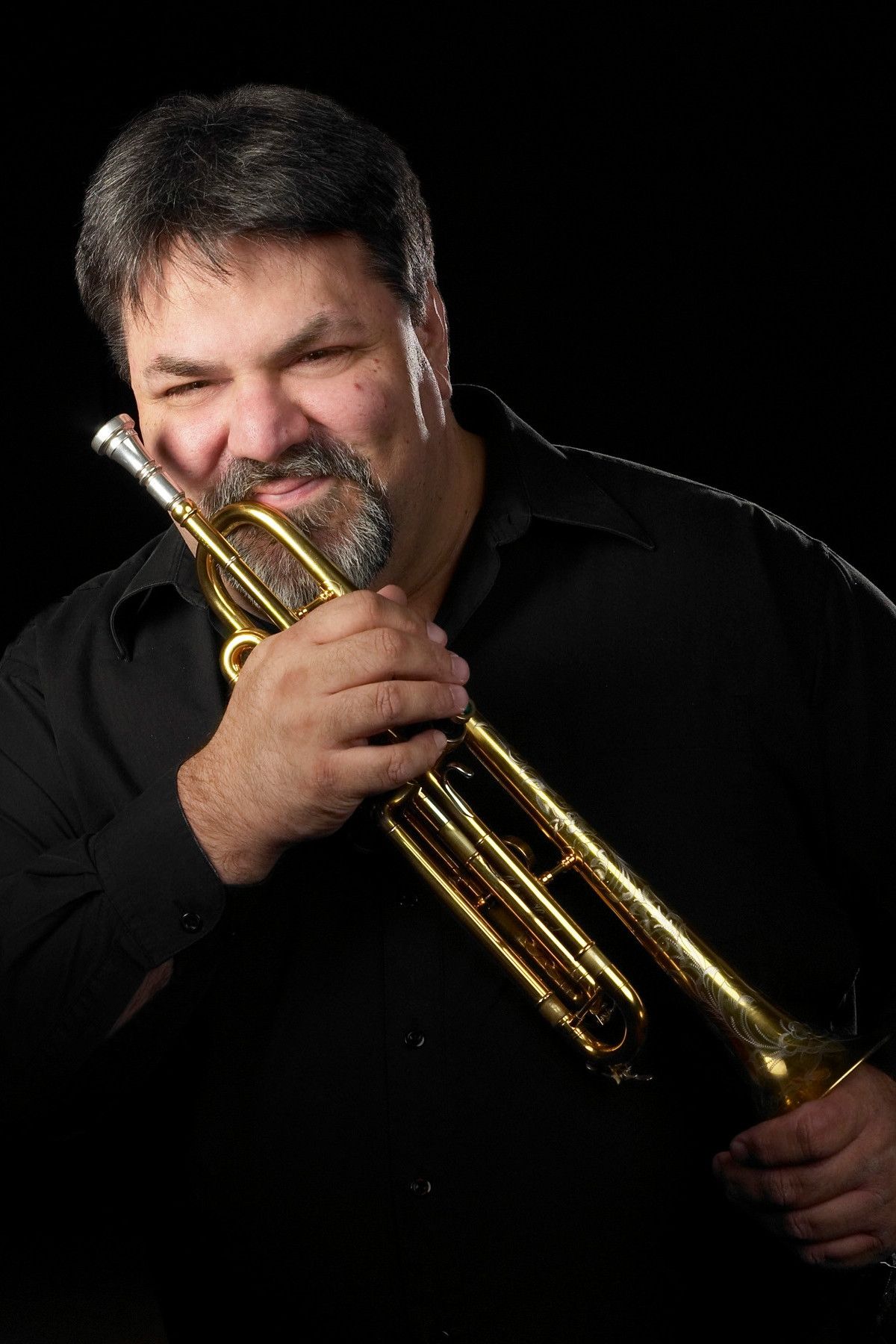 Trumpeter Alan Hood hails from the small upstate New York town of Pumpkin Hook and has been performing music for more than 38 years. Mr. Hood toured the world with the Phil Collins Big Band appearing at the Montreux and North Sea Jazz Festivals and New York City's prestigious Lincoln Center and Carnegie Hall. He is among featured soloists on the band's live compact disc recording A Hot Night in Paris, on the Atlantic jazz label and appears on well over fifty other jazz, commercial and classical recordings. Appearing with the orchestras of Woody Herman, Glenn Miller, Harry James and performing on stage with Ray Charles, Doc Severinsen, Natalie Cole, Manhattan Transfer, Arturo Sandoval, the Richie Cole Alto Madness Orchestra, the Summit Brass, Jon Faddis, Conte Candoli, Clark Terry, Curtis Fuller and Wynton Marsalis, to name just a few, has rewarded Alan with an array of irreplaceable memories and a well spring of professional experience.

Dividing his career between performing and teaching full time (since 1999) at the University of Denver's Lamont School of Music as Professor of Trumpet, Al coaches Lamont Chamber Ensembles, teaches Applied Trumpet & Pedagogy and a course on jazz trumpeter Clifford Brown. He proudly hosted the highly acclaimed 2004 International Trumpet Guild conference at the Lamont School of Music and is currently a faculty member (since 2007) of the annual esteemed Rafael Méndez Brass Institute (and a former 5-year host!), featuring the world-renown Summit Brass. As a freelance trumpeter he continuously performs and records in and beyond the Colorado region with the Ken Walker Jazz Sextet, the Peter Sommer Septet and the H2 Big Band and Jazztet. In 2008, he released his first solo CD Just A Little Taste which features the arranging talents of Dave Hanson in various settings for trumpet, rhythm section, strings, sax, flute, oboe and French horn. In 2011, Al released a big band CD with Hanson and the H2 Big Band on the Jazzed Media label entitled You're It!, featuring the exciting trumpet playing of guest Bobby Shew, among others. The CD peaked at #10 on the national Jazz Week radio chart and was #1 on Bob Parlocha's Top 40 list for several weeks. They followed that up in 2015 with It Could Happen, featuring vocalist Rene Marie along with some of LA's finest studio musicians making up the H2 Big Band. This Origin Records release remained in the top 20 on Jazz Week radio play for the entire summer of 2015. Al's playing can also be heard on the 2010 Capri label double-CD release by legendary jazz trombonist Curtis Fuller entitled I Will Tell Her, which reached #1 on Jazz Week, and Fuller's 2012 Capri release Down Home, also reaching #1 on the Jazz Week charts and finishing the year at #5 all around. His latest CD, Jazz Muses (2019) had strong radio airplay also, reaching #14 on the charts, and #48 on the Jazz Week 2019 year end chart!

A leading authority on the life and work of jazz trumpet legend, Clifford Brown, his doctoral research topic, Al has to his credit several published articles on Brown and has been invited to present his findings at international conferences. Dr. Nick Catalano's 1999 biography of Clifford Brown, published by Oxford University Press, showcases Hood's major contributions as chief research consultant and primary interviewer. His research (and trumpet playing) is also utilized in the acclaimed 2014 DVD documentary on Brown by Don Glanden entitled Brownie Speaks, and he has been consulted by Jazz at Lincoln Center's Education Department for assistance with their Brown exhibit that was a part of the Nesuhi Ertegun Jazz Hall of Fame. He is currently working on a co-authored resource on Brown.