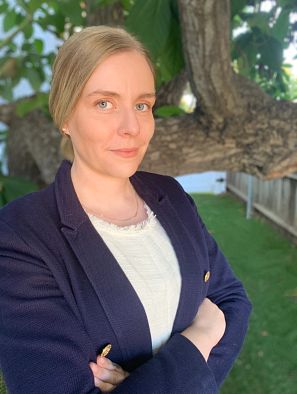 Gillian L Gower is a musicologist and medievalist specializing in the cultural history of medieval England and Scotland. Her research focuses on the ways in which women and racial minorities use music as a discourse through which to negotiate, construct, and challenge forms of power and authority. Dr. Gower’s current book project, Music and Queenship in Medieval England, examines tensions between gender and power in English religious song, ca. 1200-1500. Other scholarly interests include medievalism in popular culture and paleography.

In addition to her work at DU, Dr. Gower is an Honorary Research Fellow at the University of Edinburgh, where she contributes to the Carnegie Trust-funded digital humanities project “Towards a Prosopography of Scottish Musicians before the Reformation.” In 2019, she was elected to the committee on Musicology at Kalamazoo, which convenes sessions on medieval music scholarship and pedagogy at the annual International Congress of Medieval Studies held in Kalamazoo, MI. She previously held teaching appointments at UCLA and Southern Methodist University.