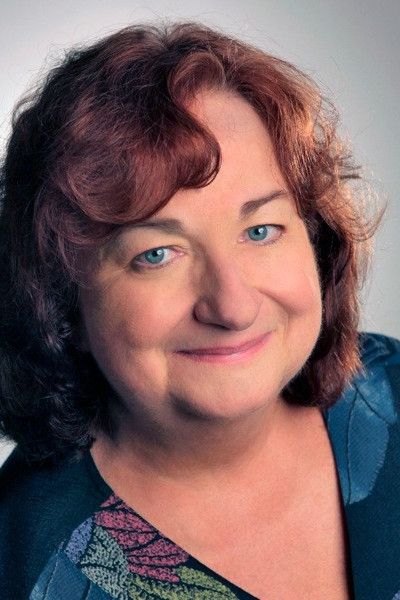 "The whole cast was strong, especially Judith Christin as the hapless Susie..."
—The New York Times - Susie in A Quiet Place at New York City Opera

"Christin was wonderfully over the top, impeccable in her comic timing, as the not-so-dotty accomplice who gets to pour out her feelings for Sweeney in one of Sondheim's finest songs, 'By the Sea.'"
—Chicago Tribune - Mrs. Lovett in Sweeney Todd at the Lyric Opera of Chicago


Mezzo-soprano Judith Christin has performed over 100 roles with the leading opera companies throughout the United States including the Metropolitan Opera, San Francisco Opera, the Lyric Opera of Chicago, Houston Grand Opera, Santa Fe Opera, among many others.

In recent seasons, Christin made her debut with the Norwegian National Opera as Mrs. Sedley in Peter Grimes, followed by Berta in Il barbiere di Siviglia with Boston Lyric Opera. She also performed the role of Susie in a new production of Leonard Bernstein's A Quiet Place with New York City Opera, followed by the Marquise De Birkenfeld in La fille du régiment with PORTopera in Maine.

Christin made her debut at the Teatro del Maggio Musicale Fiorentino as the Wife and Owl in The Cunning Little Vixen, Mother Goose in a concert version of The Rake's Progress with the Saint Paul Chamber Orchestra, and Berta in Il barbiere di Siviglia with Portland Opera. She returned to Santa Fe Opera as Mother Herring in a new production of Albert Herring directed by Paul Curran and conducted by Sir Andrew Davis.

Recent engagements include performances of Mama Lucia in Cavalleria rusticana with Houston Grand Opera and Lyric Opera of Chicago, Auntie in Peter Grimes with San Diego Opera, Grandmother Burjya in Janacek's Jenufa with Washington National Opera, and Glimmerglass Opera, Frau Mary in concert performances of Der fliegende Holländer with Opera Colorado, the Wife and the Owl, Berta in Il barbiere di Siviglia, Zita in Gianni Schicchi, and Mrs. Sedley in Peter Grimes, all with the Saito Kinen Festival in Japan and China. Additionally, she has sung Berta and Hostess of the Inn in Boris Godunov with San Diego Opera, Third Lady in The Magic Flute with Opera Colorado, Mme. Pernelle in Kirke Mechem's Tartuffe with Lake George Opera, Marcellina in Le nozze di Figaro and the Marquise De Birkenfeld with Indianapolis Opera.

Christin enjoys a strong relationship with many leading American opera companies. In Chicago, she has performed Mrs. Lovett in Sweeney Todd opposite Bryn Terfel in the title role, Emma Jones in Kurt Weill's Street Scene, the Forrester's Wife and the Owl in The Cunning Little Vixen, and Martha in Boito's Mefistofele, among other roles. With San Francisco Opera, she has sung the Forrester's Wife, Mamma Lucia in Cavalleria rusticana, Gertrude Stein in The Mother of Us All, Annina in Der Rosenkavalier, Marcellina, Martha in Mefistofele, and Baba The Turk and Mother Goose in The Rake's Progress among others. With Houston Grand Opera, she has performed Mistress Quickly in Falstaff, Gertrude in Roméo et Juliette, Grandmother Buryja, Despina in Così fan tutte, Effie Belle Tate in Cold Sassy Tree (world premiere), the Voice of Antonia's Mother in Les contes d'Hoffmann, and Mary in Der fliegende Holländer, among others.

At Santa Fe Opera, Christin has performed Mrs. Sedley in Peter Grimes, Madame Larina in Eugene Onegin, Princess Bozenza in Countess Maritza, Meg Page in Falstaff, Margret in Wozzeck, Marcellina, Mère Marie in Dialogues des Carmélites, Suzuki in Madama Butterfly, Despina, Adelaide in Arabella, Baba the Turk and Berta. At the Metropolitan Opera, she has been heard as the Witch in Hänsel und Gretel, Mrs. Sedley, Third Lady in Die Zauberflöte, Macellina, the Countess in Andrea Chénier (PBS broadcast with Pavarotti), Filipievna in Eugene Onegin and Rossweisse in Die Walküre, among others.

As a highly sought after interpreter of new and unusual repertoire, Christin has created several roles in the U.S. premieres of many operas, including the role of Susanna in John Corigliano's Ghosts of Versailles at the Metropolitan Opera in 1991, which was also broadcast on PBS and available commercially. She created the role of Effie Belle Tate in Cold Sassy Tree at Houston Grand Opera. She also sang the role of Dolly in the U.S. premiere of Iain Hamilton's Anna Karenina with the Los Angeles Opera and the role of La Baronne in the American premiere of Massenet's Cherubin at Carnegie Hall. Additionally, her other world premiere performances include Beeson's Dr. Heidegger's Fountain of Youth, Burton's The Duchess of Malfi, Pasatieri's Signor Deluso, Titus's Rosina and revised versions of Pasatieri's Washington Square and Mayer's Death in the Family.

Christin received her master of music and bachelor of music degrees at Indiana University. She was Artist in Residence at Metropolitan State University of Denver for nine years. Christin has conducted master classes with major opera companies and universities all over the world. She also teaches privately in Denver CO.