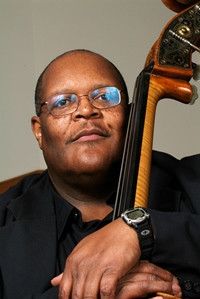 He has toured in Canada, Italy and Australia and also performed at Telluride, Jazz Aspen Snowmass and other festivals and venues throughout the United States. Terra Firma, his recording debut as a leader, made it to #6 on the CMJ Radio Music charts, stayed on the Jazz Week Radio charts for 17 weeks, reaching #13, and finished #56 on the top 100 Jazz CD releases for 2005.

Walker's discography includes appearances on Phil Woods and Carl Saunders Play Henry Mancini, Fred Wesley's To Someone, Ron Miles' Witness, and Live at Vartan Jazz recordings with Lew Tabackin, Valery Ponomarev and Charles McPherson and on Ponomarev's A Star for You.

Walker received a BA in music education from Arkansas Tech University in 1979 and through 1985 worked as a free-lance bassist in the Little Rock area with both local bands and visiting artists from around the US. He moved to Denver in late 1985 and in 1987 began a 12-year tenure as the house bassist at Denver's legendary jazz club El Chapultepec that ended in 1998. From 1987-1990, Walker participated in the Young Audience Program through the Denver Public Schools and was on the faculty of the Mile High Jazz Camp at the University of Colorado at Boulder in 1991 and from 1997-2001. Walker has been on the faculty of the Lamont School of Music since 1991 where he teaches jazz bass to all jazz bass majors, and coaches the Modal, Standards and Latin Combos in addition to his studio. Walker is also the bassist for The DU Jazz Faculty Combo, formerly known as The Climb, which was chosen to perform at the 1995 IAJE Convention in Anaheim, California.

Rocky Mountain News Spotlight, Top of the Rockies Edition, 2006:
TOP JAZZ GROUP: Ken Walker Sextet
Why it is tops: While the sextet led by the superb bassist Walker has strong individual voices, it exhibits a musical coherence that comes when players listen to each other. Though it's an area-based band, this sextet can more than hold its own with groups that have greater national recognition. With its feet firmly planted in the soil of post-bop sounds, this band can soar.