Associate Professor of Anthropology Esteban Gómez partnered with The GrowHaus to create a social-justice program for Denver youth. 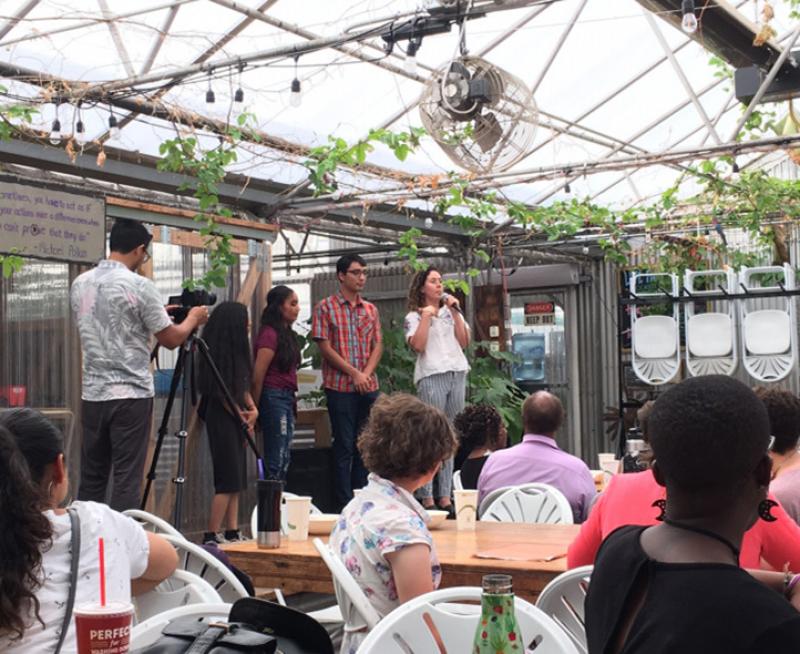 During the summer of 2019, Assistant Professor of Anthropology Esteban Gómez and Associate Director of The Center for Community Engagement to advance Scholarship and Learning (CCESL) Cara DiEnno partnered with The GrowHaus to develop the Creative Youth Voice Project. The project allowed high school students to use the arts to explore social-justice issues in the city of Denver.

The GrowHaus is a non-profit indoor farm, marketplace and educational center in Denver’s Elyria-Swansea neighborhood. The Creative Youth Voice Project formed a part of their Seed2Seed Program, a summer leadership program for incoming 9th to 11th graders. Approximately 30 students participate in the program annually.

Students involved in the program were introduced to three different art forms: spoken-word poetry, photovoice and street art. The spoken-word workshops were facilitated by emcee and B-boy Mike Wird and hip-hop artist Michael Acuña (aka Acuña Black). DiEnno provided workshops on photovoice, and the street art workshops were facilitated by Robin Ruston and Devin Urioste from Youth on Record. When possible, Dr. Gómez also instructed students on the basics of filmmaking.

The workshops were designed to teach students how the arts can address social-justice issues in their own neighborhoods, such as development, affordable housing and community preservation. The project was concerned with critical thinking, democratic engagement and youth empowerment. Visual stories — when informed by poetry and music — have the power to educate communities, stimulate a response, change opinions and inspire people to act.

On October 6, 2019, The GrowHaus hosted a Youth Leaders Dinner that featured the works produced by the students over the summer. Students spoke of the importance of the program and the changes they would like to see in their own communities. More importantly, these concerns were expressed to decision-makers, as well as former Secretary of Agriculture Tom Vilsack.

Gómez is currently in the process of producing a short video that documents the summer program. Learn more about The GrowHaus and DU's Department of Anthropology.

This project was funded in part by a Community-Engaged Learning Mini Grant from CCESL. 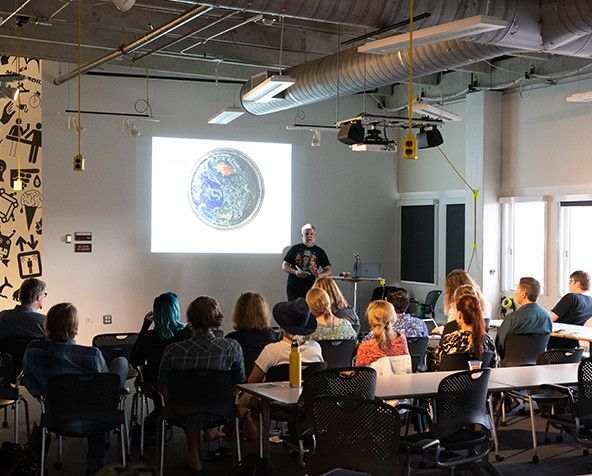 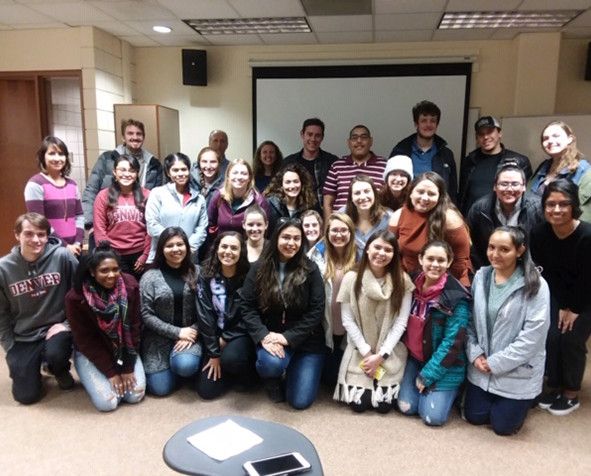