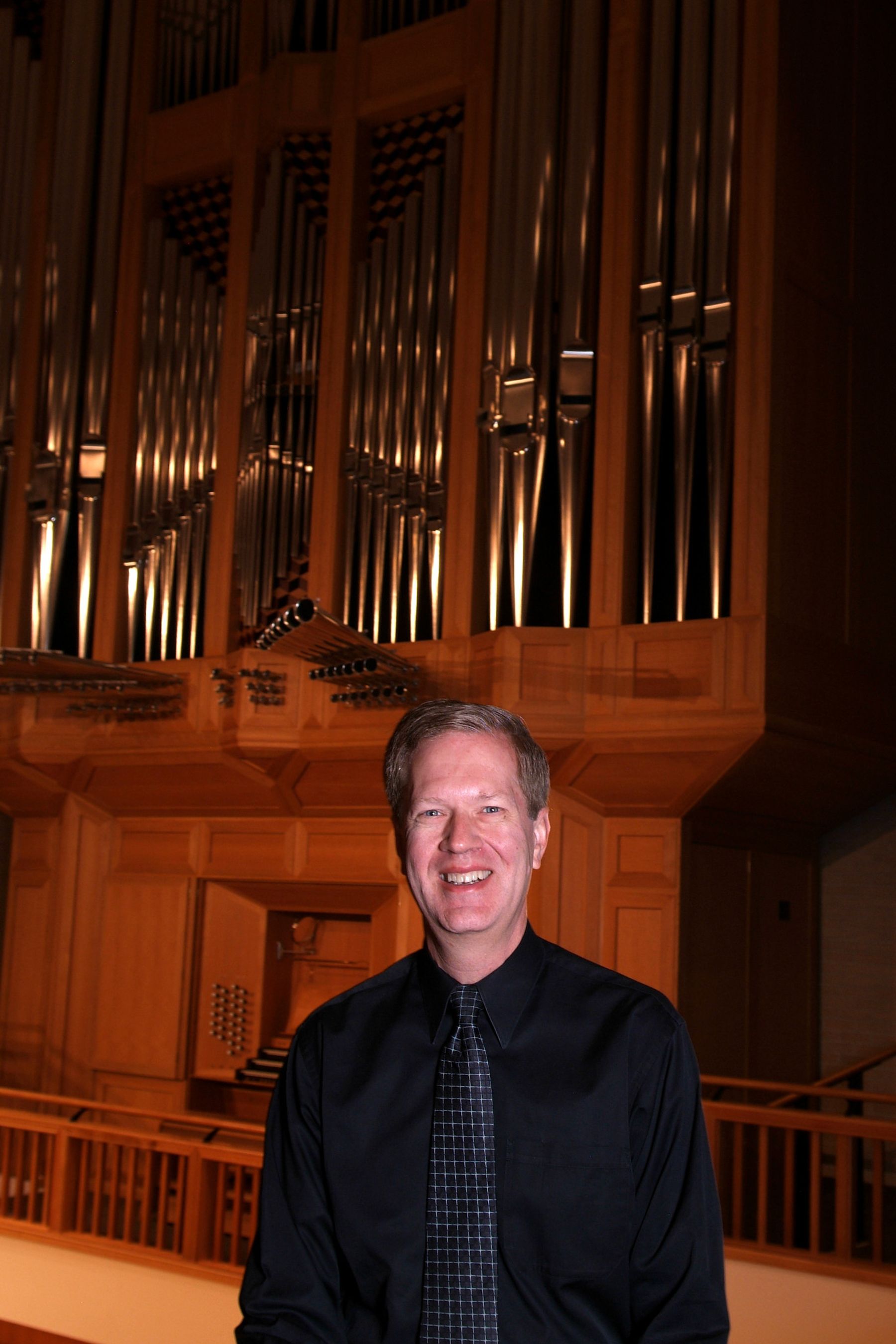 Joseph Galema recently retired as music director and academy organist at the United States Air Force Academy, a position he held for almost 32 years. He currently serves as principal organist at First United Methodist Church in Colorado Springs, one of the largest and most active congregations in the city. In September 2008, he joined the Lamont School of Music at the University of Denver, as organ instructor. At Lamont, he teaches private lessons to organ majors in addition to classes on organ repertoire, organ improvisation, and organ accompanying.

Galema was born in West Lafayette, Indiana, and chose to pursue his college education in Michigan. He received a bachelor of arts degree from Calvin College in Grand Rapids. He pursued post-graduate work in organ performance studying with the renowned artist-teacher Marilyn Mason at The University of Michigan, earning both master of music and doctor of musical arts degrees.

The University of Michigan's 1987 Palmer Christian Award is one of many honors Galema has received for outstanding accomplishments in the field of music. Other achievements include several United States Air Force Sustained Superior Performance awards, a listing in the 1985 edition of Outstanding Young Men of America and current listings in Who's Who in America and Who's Who in the World. He maintains leadership positions in the Colorado Springs chapter of the American Guild of Organists (AGO) and is on the National Board of the Association of Anglican Musicians (AAM).

A critically-acclaimed organ soloist, Galema has toured throughout the United States, England, France, Scandinavia and the Baltic States. He has also performed at Region VI AGO Conventions, at an Organ Historical Society National Convention, at an American Institute of Organ Builders' National Convention, at AAM Conferences, for the national biennial convocation of the Fellowship of United Methodists in Music and Worship Arts and at an annual conference of the Hymn Society in the United States and Canada.

Galema's editions of Widor's Organ Symphonies and Reubke's Sonata on the 94th Psalm for Organ have been published by Masters Music Publications, Inc. He can be heard on six recordings – Fireworks for Organ and Brass with Stellar Brass (USAFA Band AFA 0602); From Age to Age with The Denver Brass (Klavier K 11165); Brass and Organ: Feel the Sound with The Denver Brass; 'Twas the Brass Before Christmas with The Denver Brass and Young Voices of Colorado; The Last Full Measure of Devotion with the USAF Academy Cadet Chorale; and Soaring Sounds, featuring solo organ music in celebration of the 50-year anniversary of the USAF Academy Protestant Cadet Chapel organ.