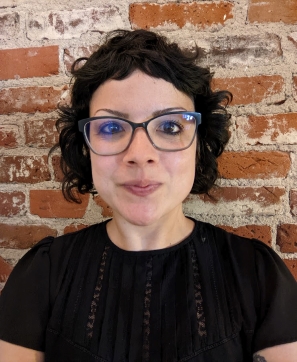 I am an associate professor in the Department of Media, Film & Journalism Studies, where I teach film history, theory and criticism courses.

Dr. DeCarvalho previously worked as an assistant professor in the Department of Communication at the University of Arkansas. Her research focuses on the intersection of gender, race, and other identity markers within television and film. Dr. DeCarvalho's most recent project bridges the gap between on-screen and off-screen narratives of incarcerated women.

My research examines social constructions of gender--and its intersection with other identity markers, such as race, ethnicity, and sexual orientation--within media and popular culture. Broadly speaking, and informed by feminist theory and scholarship, my research is invested in analyzing portrayals of gender in popular culture, and how such portrayals combine in unique ways with other cultural tropes.

Currently, I am analyzing depictions of prison, on topics that include portrayals of incarcerated women, mental health issues, and the prison as a workplace. Previously, I examined 590 television episodes, from American sitcoms on both broadcast and cable, to better understand the changing nature of the televisual workplace during the most recent post-recessionary era.