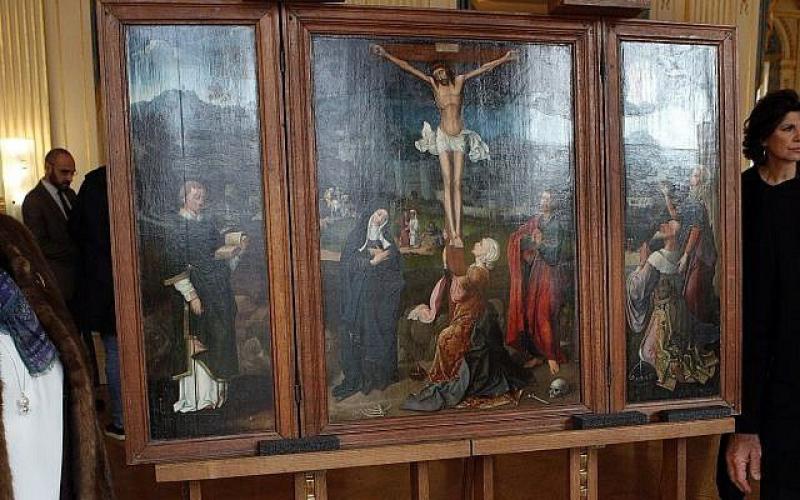 An internal French government report issued in early April 2018 sharply criticizes policy toward Nazi-looted art held by the state since the late 1940s. The latest provenance (ownership) research indicates that a significant portion of the works were stolen from Jews or sold by them under varying degrees of duress due to Nazi and French persecution during the Second World War. Audrey Azoulay, former French Minister of Culture and current head of UNESCO, commissioned the report and it was written by David Zivie of the cultural heritage administration.

Zivie correctly criticized the French government's "inefficiency and a lack of ambition" to determine rightful ownership of the objects and "40 years of inaction," though the misappropriation by the French state occurred 70 years ago. Between 1948 and 1953, the government selected for the custodianship more than 2,000 unclaimed works of art and distributed them to public museums throughout the country. The objects today are commonly known by the acronym "MNR" (Musées Nationaux Récupération).

The custodianship endured without controversy for nearly fifty years, when journalists and heirs of Holocaust victims began to challenge the government's right to hold the objects. In a kind of national mea culpa in the late 1990s, the French government convened a commission of experts to study the history and legacy of looting and spoliation of a wide range of assets carried out by the Nazis and the collaborationist Vichy government. The commission is widely known by the name of its chairman, Jean Mattéoli. The resulting multi-volume report included a publication on Nazi art plunder, postwar restitution and the MNR objects (Le pillage de l'art en France pendant l'Occupation et la situation des 2000 oeuvres confiées aux Musées nationaux, La Documentation Française, 2000). The editors of the art report, Isabelle le Masne de Chermont and Didier Schulmann, were themselves part of the museum administration and created an exceedingly charitable view of French policy that aligned with a persistent Resistance narrative in official histories of the wartime arts administration.

In my book Defending National Treasures (Stanford University Press, 2011), I criticize the failure of the Mattéoli commission to acknowledge French misappropriation of cultural objects since the end of the war, and argue that the state must pursue more extensive provenance research to find rightful owners.

The Ministry of Culture has made halting progress in the past several years. It stepped up provenance research efforts in 2013 with a new team of experts, including the use of genealogists to trace works to increasingly distant heirs. Since 2014, the state has restituted 13 objects, for a total of 112 MNR works in nearly 70 years. But, as Zivie points out in the recent report, the research and restitution process still lacks proper intensity and transparency.

We are pleased to see that a French government official has called for intensified research, along with the display of MNR objects at the Jewish History Museum in Paris, where they could be viewed in the proper historical context.

Coverage of the Zivie report is available in the Times of Israel: https://www.timesofisrael.com/report-lashes-frances-lack-of-ambition-to-return-looted-jewish-art/