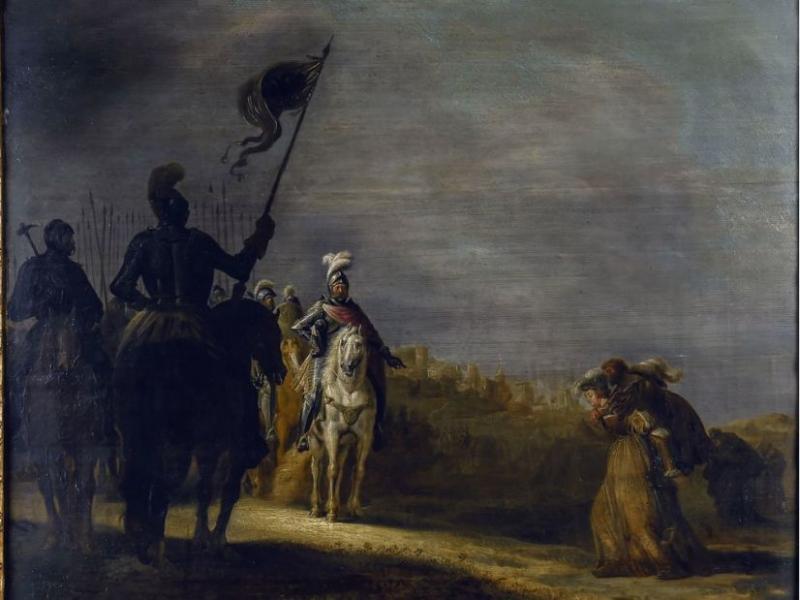 A recent dispute over a Nazi-plundered painting has led to an unusual agreement between the city of Weinsberg in Bavaria and the Max and Iris Stern Foundation of Montreal. For nearly fifty years, the municipality has proudly displayed Women of Weinsberg, a 17th-century painting by Dutch artist Gerrit Claesz Bleke. A depiction of local medieval resistance to King Conrad III during the Holy Roman Empire, the work itself has a turbulent past from the Nazi era. The prewar owner, Jewish dealer and gallery owner Max Stern, sold it under duress in Düsseldorf along with four hundred other works in his collection. Stern fled to Britain and eventually emigrated to Canada, where he re-established his art dealership.

In 2014, the Max Stern Art Restitution Project of Montreal discovered the painting in Weinsberg and approached the city to reach a settlement. Last fall, local authorities agreed to restitute the painting to the Foundation, which then sold it back to the city at an undisclosed price. It is an example of just settlements that can be achieved when museums and other entities recognize the moral responsibility of restitution in response to valid claims.