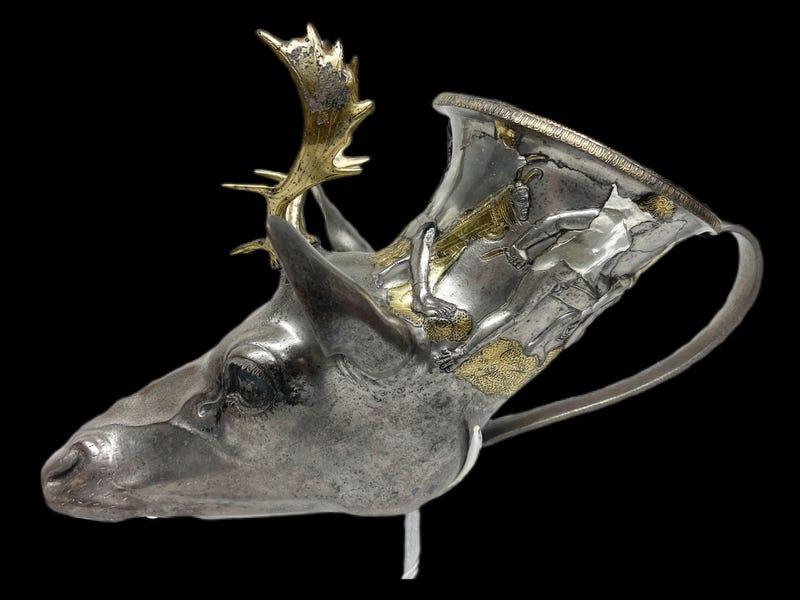 In early December 2021, retired hedge-fund investor Michael Steinhardt was forced to surrender his collection of stolen antiquities, valued at $70 million, to the Manhattan District Attorney’s office. In addition to surrendering the collection, Steinhardt, who is well-known for acquiring and selling over 1,000 cultural objects in the last forty years, was also banned from purchasing antiquities in the United States for the rest of his lifetime.

The investigation into Steinhardt’s collection and practices began in February 2017 when the Manhattan District Attorney’s office seized a bull’s head statue that the investor had loaned to the Metropolitan Museum of Art. After Met curators raised concern that the statue may have been stolen from Lebanon during civil war in the 1980s, Lebanese officials requested that the United States government retrieve the object. Steinhardt, well-known as an antiquities collector, then came under grand jury investigation to determine if other items in his collection may have been stolen.

Over the course of three years, the investigation revealed that Steinhardt had frequently purchased items from known antiquities traffickers and was aware that the items lacked adequate provenance information. During a separate investigation, Steinhardt allegedly boasted to authorities with the Manhattan District Attorney’s Antiquities Trafficking Unit that he knew items in his collection had no provenance: “If I see a piece and I like it, then I buy it.” Investigators noted that at least 100 of the pieces in question appeared to be covered in dirt before Steinhardt purchased them – a red flag for possible looting.

The surrendered collection includes 180 objects from 11 countries, including a Larnax, or crate for human remains, from the island of Crete between 1400-1200 BCE, and a silver stag’s head rhyton, or drinking vessel, dating back to 400 BCE.

In addition to surrendering these objects, Steinhardt’s attorneys made a deal with Manhattan District Attorney Cyrus Vance to never again collect antiquities. While no criminal charges were filed against Steinhardt, the case has sparked conversations about how governments will address unethical stewardship in the future. Alexander Herman, Assistant Director of the Institute of Art and Law, has argued that that the lifetime ban imposed on Steinhardt forces him “to withdraw from the world of antiquities collecting for good,” explaining that the investigation has brought so much negative publicity that few would dare buy or accept antiquities from him in the future. Deborah Lehr, chairman and co-founder of the Antiquities Coalition, agreed in an op-ed for The Hill that, though unprecedented, this step “may be more effective than a conviction.”

Lehr also notes that Steinhardt is one of three major figures exposed for trafficking looted artifacts in the last six months, keeping company with Nancy Wiener and Douglas Latchford. Lehr argues that each of these individuals have sold or donated stolen works to the world’s leading museums and that those museums should also be held accountable for continuing to accept pieces from them with “few (if any) questions asked.” While authorities must enforce laws to protect cultural property, museums must also step up to fulfill promises of ethical stewardship.