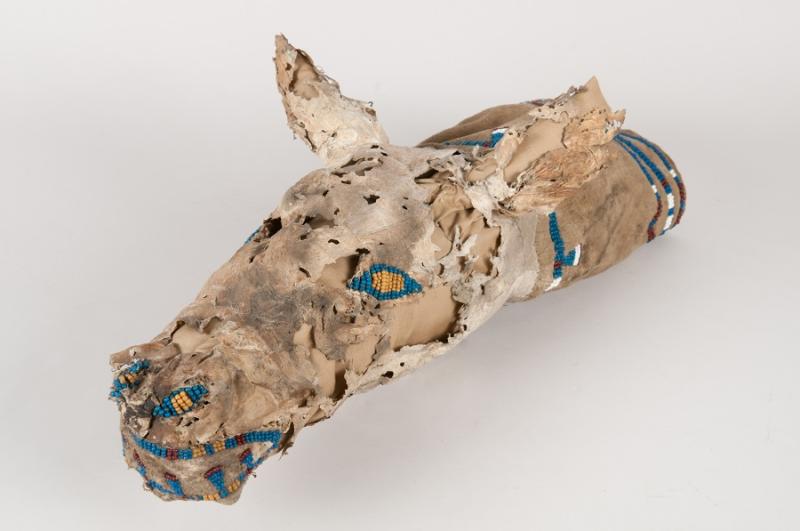 In 1998, the Ohio Historical Society invited the Nez Perce Tribe to purchase back 21 artifacts that were taken from the community in the mid-19th century. The tribe successfully fundraised $608,000 and paid the historical society in full, and the objects were returned to their homelands. However, in late November 2021, the Ohio History Connection (OHC) reimbursed the Nez Perce Tribe the same amount, pledging to pursue a more ethical approach to Indigenous items.

The collection has a storied history. In 1836, Presbyterian missionary Henry H. Spalding established a mission in the Lapwai Valley in present-day Idaho, seeking to teach and convert the local Nez Perce (Nimiipuu) tribe to Christianity. Within the conversion process, Spalding frequently discouraged community members from wearing traditional clothing and jewelry, collecting the items himself. Between 1841 and 1846, he sent multiple shipments of Nez Perce clothing and artifacts to his benefactor, Dr. Dudley Allen, in Ohio. According to Washington State University’s Plateau Peoples’ Web Portal, these shipments were made in exchange for supplies necessary to expand Spalding’s mission. The Nez Perce objects were later donated to Oberlin College as the Spalding-Allen Collection, and Oberlin loaned many of the items to the Ohio Historical Society, where they were stored without ever being displayed.

In the 1970s, the Nez Perce Tribe rediscovered the Spalding-Allen Collection in Ohio, and, in 1980, arranged for the collection to be displayed on loan at the Nez Perce Historical Park’s visitor center in Lapwai, Idaho. In the 1990s, Nez Perce representatives began negotiations to acquire the collection permanently. The Ohio Historical Society eventually agreed to sell the objects, if the tribe could raise the appraised value of $608,000 within six months. Thousands of donors contributed to this project, and, in 1998, the Nez Perce Tribe brought home the oldest, largest and most well preserved artifact collection of the Plateau people.

The summer of 2021 marked 25 years since the return of the collection, and the Nez Perce Tribe planned several events to mark the occasion. One of the most significant events took place in June 2021, when the Spalding-Allen Collection was ceremonially renamed in the Nez Perce tradition, reclaiming the artifacts as tribal heritage. The collection was named wetxuuwíitin’, a term which, according to Nakia Williamson-Cloud, the Director of the Nez Perce Tribe Cultural Resource Program, means “something that went away and was returned from a long journey” in the Nimiipuu language. In interviews, Williamson-Cloud has explained that these objects are crucial to the Nez Perce, as Nimiipuu cultural knowledge isn’t passed down through written language: “Things, like clothing or saddles or cradleboards, passed our values down and reflected our relationship with the land.”

While Samuel Penny, Nez Perce Tribal Executive Committee Chairman, states that the community didn’t agree with having to purchase the items back in 1998, he states that they “knew at that time we had to bring them home, regardless of the cost.” According to Artnet News, the OHC’s board of trustees agreed in September 2021 that if the collection were still in their possession, they would have returned it without cost. This decision spurred the board to vote in favor of reimbursing the tribe.

The OHC’s actions are part of a larger movement to restitute stolen artifacts worldwide, and the OHC intends to set an example for other institutions. The Executive Director and CEO of the OHC, Burt Logan, made the following statement to Artnet News: “Organizations, like individuals, can grow, evolve and mature. Today we acknowledge how misguided our treatment of American Indians, their ancestors and their legacies has been since our founding in 1885.”

For more information on the Wetxuuwíitin’ Collection and to view a selection of the objects, please visit Washington State University’s Plateau Peoples’ Web Portal.