The Washington Principles 20 years later: Some progress but not enough 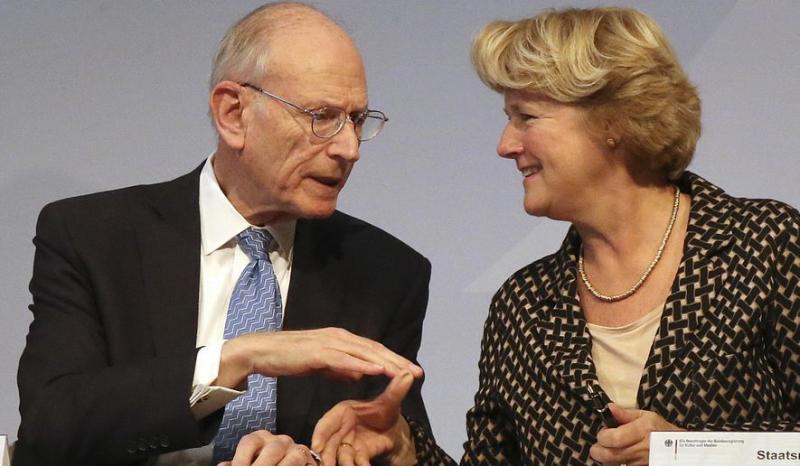 On November 26-28, 2018, the German Lost Art Foundation hosted a conference in Berlin to assess progress made by the international community in the restitution of Nazi-era art over the past two decades. The conference marked the twentieth anniversary of the 1998 Washington Conference Principles on Nazi-Confiscated Art, a non-binding agreement adopted by 44 countries in the context of a broader international conference on Holocaust-era assets. The principles promote provenance research on works of art confiscated by the Nazis that were not restituted to rightful owners and have ended up in art collections around the world. These nations agreed that "every effort should be made to publicize art that is found to have been confiscated by the Nazis," and when victims or heirs can or cannot be identified, "steps should be taken expeditiously to reach a just and fair solution." Governments backing the agreement also would promote the establishment of "national processes to implement these principles."

So where do things stand twenty years later? In terms of progress made, there is much wider international recognition of the importance of provenance research. Five countries—Austria, France, Germany, the Netherlands and the United Kingdom—established national commissions to research works of art in public collections and provide a mechanism to facilitate restitution. The digitization of archives has exponentially increased the information available to the public, and an International Research Portal connects researchers to resources in the U.S., Germany, the United Kingdom, France, Ukraine, Belgium, the Netherlands, Italy and Austria.

In the United States, where most fine art museums are private institutions, the American Alliance of Museums (AAM) and the Association of Art Museum Directors (AAMD) have established Codes of Ethics regarding research of permanent collections and acquisitions through purchases or donations. The web sites of American museums commonly include pages devoted to provenance research and publicize research findings, and the AAM manages a Nazi-Era Provenance Internet Portal (nepip.org) listing nearly 30,000 objects that changed hands in Europe from 1933 to 1945, in 179 participating museums.

In the wake of the discovery of the Gurlitt trove in Munich, made public in November 2013, the German government has invested additional resources in provenance research through the Lost Art Foundation. Since 2017, the Smithsonian Institution and the Central Archives of the National Museums in Berlin have co-sponsored a three-year German-American Provenance Research Exchange Program (PREP), in which museum professionals participate in workshops and colloquia, serving as "multipliers" to "generate new joint projects and mentor the next generation" of experts. The U.S. and German delegations to the Berlin conference issued a joint declaration affirming their commitment to the Washington Principles, viewing "with satisfaction the progress made to date" while "recognizing how far we both still have to go" in implementing them.

And much more should be done, nearly everywhere, and even in countries that established national commissions. The French must follow through on a recent shift to systematic research on some two thousand works held in custodianship, through the use of genealogists. The Dutch government spearheaded such research and facilitated restitution in the early 2000s, setting an important standard at the time. But, since 2013, a Dutch restitution committee has shifted toward weighing the interests of claimants and museums, arguably in violation of the Washington Principles.

At the Berlin conference, attorney Stuart Eizenstat, an adviser to the U.S. State Department who played a key role in the formulation of the 1998 principles, identified five countries in particular that have been slow to make progress the toward restitution of Nazi-confiscated art: Hungary, Poland, Spain, Russia and Italy. While this critique certainly is well-deserved, Eizenstat could have used the platform to focus attention on U.S. museums. With no national commission or enforcement mechanism governing the administration of private institutions, many museums still have yet to publicize evidence of thorough and ongoing provenance research. According to the Association of Academic Museums and Galleries (AAMG), American colleges and universities must affirm that a campus museum "puts the interests of the public ahead of the interests of the institution or of any individual." Yet many academic institutions in the U.S. do not invest in provenance research on works in their collections, nor publish findings online. It is exceedingly rare, moreover, for museums to initiate "just and fair solutions" when likely heirs are identified; the Museum of Fine Arts, Boston offers a few recent examples. Posting information on web sites is not enough if heirs do not know they should be looking for it.

The lack of consistent government and private investment in provenance research also means that many researchers struggle to make a living. The fact that numerous researchers attended the Berlin conference, identified with green badges, may appear to be a sign of progress, but many are employed in precarious part-time positions or on short-term contracts. Institutions will need to endow research positions and more creatively mobilize staff to carry out research along with curatorial duties.

What can the public do? Engaged museum members should expect transparency from the institutions they support as a sign of excellence, and communicate this concern to governing boards. Donors can also help fund provenance research and help foster culture of ethical stewardship.

Yes, progress has been made in the past two decades, but should accelerate now.