What are “the Benin Bronzes” and where are they now? 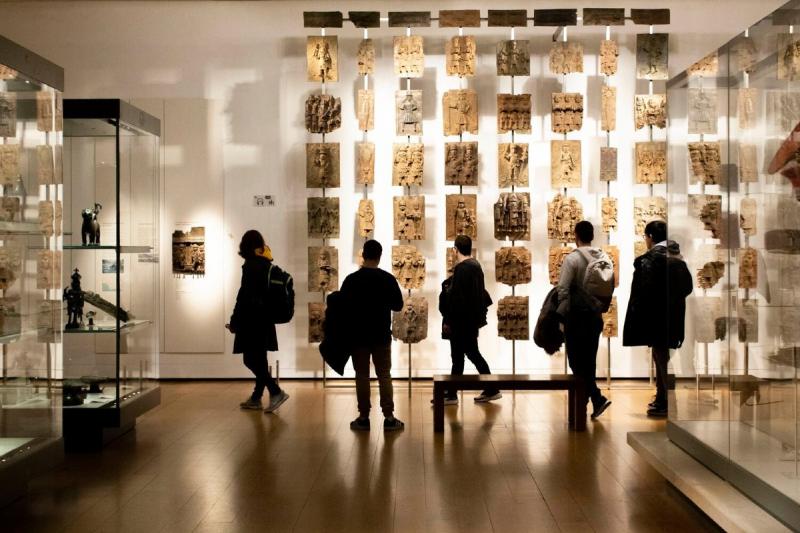 Recent news articles have been tracking international negotiations over the Benin Bronzes — thousands of African artifacts at the center of complicated disputes involving some of the world’s most prestigious museums. The very term “Benin Bronzes” is misleading, as they are not from the country of Benin, nor necessarily made from bronze.

The theft of these items from the Kingdom of Benin, in present-day southern Nigeria, is beyond dispute. In 1897, Britain launched a punitive expedition to consolidate imperial control in the region, and plundered more than 4,000 objects from the royal palace. These items commonly known as the Benin Bronzes include sculptures and other objects made from bronze, ivory, wood or brass. Among the most famous are sixteenth- and seventeenth-century brass plaques that formerly adorned the Benin Royal Palace and today are held by the British Museum, along with some 700 other Benin items.

Through gifts and multiple sales, the sculptures have ended up in museums across Europe and the United States, and in private collections, a dispersal fueled in part by the art market. In 2007, for instance, a sixteenth-century bronze head of a Benin Oba, or divine ruler, fetched over $4 million at auction from a private collector.

Nigeria has been asking for the return of these items for decades, with formal claims submitted to the British Museum in the 1970s. Working toward a solution, an international consortium of museums in Germany, the United Kingdom, the Netherlands, Austria and Sweden joined with Nigerian representatives in 2007 to form the Benin Dialogue Group (BDG). The group aims to establish a permanent display of dispersed Benin artworks in a royal museum in Benin City, Nigeria. According to a statement of the BDG following a meeting in July 2019, the plans are moving forward, most likely through a system of long-term loans. Notably absent from the BDG are museums in the United States and France.

The subject of restitution and repatriation of African objects has been a regular story in the news, spurred in part by French president Emmanuel Macron’s pledge in 2017 to explore “temporary or permanent restitution of African heritage to Africa.” Macron’s proclamation led to a commissioned report advocating the full restitution of some African items held in French state-run museums, generating controversy in France and throughout the museum world.

In November 2018, France pledged to return 26 items to the state of Benin, a former French colony. The effort has stalled, however, as deaccession requires an act of parliament. The French government now aims to repatriate the items by 2021.

Among the Benin Bronzes in the U.K., two artifacts formerly held by a private collector have been returned to Nigeria, thanks in part to the efforts of British police officers Steve Dunstone and Timothy Awoyemi. (Read more about their story here.)

The repatriation debates have prompted other initiatives. In the Netherlands, the National Museum of World Cultures published guidelines in March 2019 calling for restitution of items taken without consent. And in a significant private effort announced last November, the George Soros-funded Open Society Foundations pledged $15 million to promote repatriation of cultural objects to Africa.

For some Africans, the legacy of colonial plunder is not only about lost heritage, but also current art production. According to Nigerian artist Victor Ehikhamenor, the loss of these cultural artifacts left “a gaping hole in Nigerian art history,” affecting the trajectory of Nigerian contemporary art. The remedy, in his view, is straightforward: return what belongs to Nigerians. Ehikamenor argues that a museum setting displays these objects out of context, diminishing their meaning and original intention. In contrast, Benin City governor Godwin Nogheghase Obaseki advocates allowing museums around the world to display these objects and foster connections with other cultures. Opinions differ on how best to address this complicated subject, but the question remains: will African art return to Africans?

For more on this story, read here.