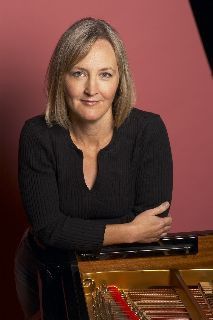 Heidi Brende Leathwood has performed chamber music with members of the Chicago Symphony, the Cleveland Orchestra, the New York Philharmonic, the Colorado Symphony and, since moving to Colorado in 2001, she has enjoyed working regularly with leading musicians in the Front Range area. Equally at home as a soloist, Leathwood has performed in many areas of the U.S. in concertos as well as solo recitals. While still a teenager, she was a prize-winner in the Stravinsky Awards International Piano Competition and the Ruth Slenzynska National Piano Competition, among others. Her two CDs have received airplay on classical stations nationwide and on Public Radio International. Her recording of the first movement of Beethoven's Moonlight Sonata was recently aired on "So You Think You Can Dance."

Leathwood has been an active performer of new music for 25 years, she has been the dedicatee of several works, and has performed U.S. and world premieres of works by Gary C. White, Mark Robson, Christopher Brennan, Gilbert Biberian, Stephen Goss and Pulitzer Prize-winning composer George Walker (Viola Sonata, premiere recording, 2009). As a member of the contemporary music ensemble, The Playground, she regularly appears as a soloist and ensemble player in concerts devoted entirely to modern music.

Leathwood's major teachers were John Perry, Joseph Schwartz and John Strauss. Her education includes a BM degree from Oberlin Conservatory and an MM and DMA from University of Southern California (now the Thornton School of Music). In addition, she received her Alexander teacher training from ATI-Los Angeles. As a teacher of the Alexander Technique, Heidi works with musicians of all levels, from amateurs to symphony musicians and solo concert artists. She has twice presented classes on performance at the national Alexander Technique conference, taught workshops at the International Horn Symposium and was a panelist on Enlightened Keyboard Technique for the 21st Century at the 2008 Convention of the Music Teachers National Association.