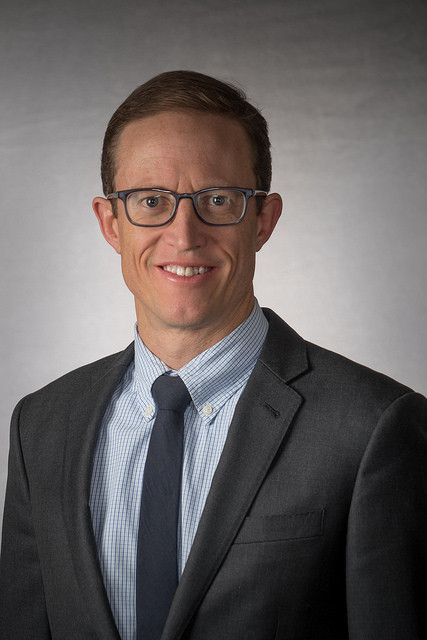 Professor Wilson's research, publications, and teaching concern the varying abilities of political and social movements to use law--broadly defined--in the pursuit of political ends. He has a Ph.D. in Jurisprudence & Social Policy from the University of California, Berkeley. He is currently the Editor in Chief for Law & Policy, an interdisciplinary peer reviewed academic journal.

Professor Wilson's research and publications concern the varying abilities of conservative political and social movements to use law--broadly defined--in the pursuit of political ends.
He is the author of three books: Separate but Faithful: How the Christian Right is Reshaping Law Through Legal Education (Oxford University Press: 2020, co-authored with Prof. Amanda Hollis-Brusky, Pomona College and funded with grant support from the National Science Foundation); The New States of Abortion Politics (Stanford University Press: 2016); The Street Politics of Abortion: Speech, Violence, and America's Culture Wars (Stanford University Press: 2013). His academic work has also been published in Law & Society Review, Law & Social Inquiry, Law & Policy, Publius: The Journal of Federalism, and Studies in Law, Politics, & Society.
His research has been discussed in The New York Times, Politico, The Atlantic, Reuters, FiveThirtyEight.com, US News & World Report, The Boston Globe, TIME, Bloomberg News, CQ Roll Call, The Guardian (UK), Macleans (CAN), on NPR & PRI, and elsewhere.
Finally, related popular media pieces that he has authored have been placed in Newsweek, Politico, The Washington Post's Monkey Cage, The Christian Science Monitor, The Hill, NBC News' THINK, TIME, The Pacific Standard, and elsewhere.
For more on his research and writing in all areas, please see https://joshuacwilsonsite.wordpress.com.