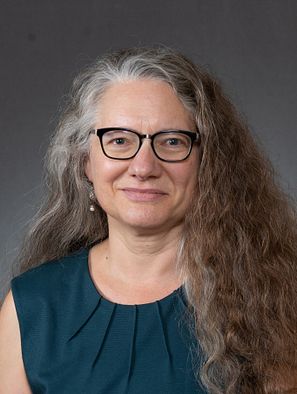 I am interested in the tenacity of Plato's and Aristotle's theories of Moral Psychology, Metaphysics, and Epistemology. I study, and do research to support, their continuing influence on contemporary theories in these areas. I also work to show that their basic theses, when properly appreciated, compare favorably with contemporary theories in these same areas. I study and teach Classical Greek Philosophy, Metaphysics and Epistemology, and Moral Psychology. I also teach classes that interrogate theories of perception, universals as the objects of scientific study, social constructions, and happiness, from a philosophical perspective. In my research I focus on Plato's Metaphysics and Epistemology, Socratic Eudaimonism, and Platonism in contemporary metaphysics and epistemology. I am beginning to interrogate the nature of social constructions like race, gender, disability, and invasive species in a way that I hope will be helpful to those who study them in disciplines other than philosophy.

I hold a PhD in Philosophy from the University of Wisconsin-Madison. I have been on the faculty of the University of Denver since 1991. I chaired our Philosophy department for 12 years. I have also taught at Central Michigan University and University of Colorado-Boulder. Originally from Cleveland, Ohio, I was a serious student of modern dance until my early 30's and continue to have a life-long interest in body mechanics, functional movement, and the way the the body and the mind can be mutually enhancing. I am a certified yoga teacher.

My interest in studying philosophical figures is continuous with my interest in furthering contemporary philosophical thinking. My current research projects on Platonic metaphysics and epistemology are likewise efforts to illuminate—with help from Plato—our assumptions about our ability to come to know the world of perception, and what they require us to assume about the metaphysical structure that lies behind our perceptions.

My work in Socratic moral psychology is not only an effort to uncover the theory of human desire and flourishing described in Plato's Socratic dialogues, but also an examination of how those theories can contribute to a viable explanation of human behavior, and to a notion of virtuous behavior that can compete favorably with later and current theories.

In my book and articles on Plato's epistemology, I illuminate insights about the relationship that Plato assumed exists between ordinary people and the Forms and show its relevance to our contemporary concerns with reference, belief, truth, and knowledge.

I am beginning to interrogate the nature of social constructions like race, gender, disability, and invasive species in a way that I hope will be helpful to those who study them in disciplines other than philosophy.

Reshotko, Naomi. “Toward a Strategy for Evaluating Social Constructions.” Society for Philosophy in the Contemporary World, 2022, Estes Park, Colorado.
Reshotko, Naomi. ““False Judgment and Doxa without Judgment: Plato’s Insight at Tht. 187d-195c”.” International Plato Society at APA Pacific Meetings, 2021, Portland, Oregon (meeting switched to virtual due to covid precautions).
Reshotko, Naomi. “From the Cosmology of the TIMAEUS, through the Metaphysics of ANANKE, to the Epistemology of the For.” Themes from the Philosophical Scholarship of Sarah Broadie, 2020, Milwaukee Wisconsin.
Reshotko, Naomi. “What Doxa is About: Reconciling the Consolation of the Philodoxist and the Divided Line.” Society for Ancient Greek Philosophy, 2018, Newport News, VA.
Reshotko, Naomi. “Why Plato thinks that you are already committed to the existence of his Forms and why he might be ri.” AHSS Faculty Lecture Series, 2017, University of Denver.