The 30th Anniversary of NAGPRA & Strategies to Build Capacity & Community 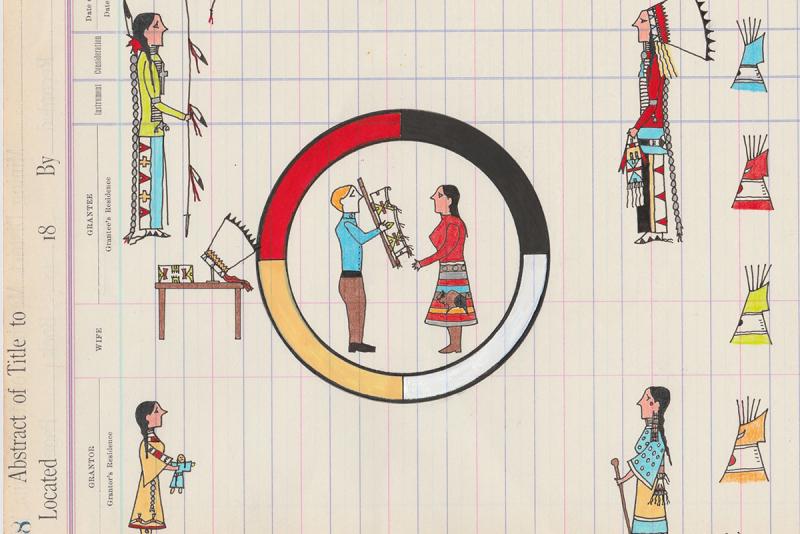 WASHINGTON, DC—Thirty years ago this November, one of the most significant human rights laws was passed for Indian Country — the Native American Graves Protection and Repatriation Act (NAGPRA). After centuries of U.S. policy meant to disenfranchise Native Americans from their diverse cultures and religious practices, NAGPRA provides a legal process of repatriation for Ancestors’ remains and burial belongings, sacred objects and cultural patrimony that have been looted, stolen and taken in unconscionable ways from Tribal Nations.

The 6th Annual Repatriation Conference: Growing Community & Moving Forward after 30 Years of NAGPRA brings together those on the front lines of repatriation efforts to critically analyze the future of NAGPRA and strategize about how to advance the cause of repatriation in the U.S. and abroad. In essence, the conference and this 30th anniversary of NAGPRA will allow us to look backward “to find tools that allow us to walk into the future” together.

The Association on American Indian Affairs, in partnership with the University of Denver Museum of Anthropology, host this virtual conference October 26–28, 2020.

Even after 30 years since the passage of NAGPRA, there is still much work to be done. We know that there are more than 122,000 Native American individuals that still languish on storage room shelves instead of being allowed to rest in peace. Millions of sacred and cultural objects enrich institutional and governmental holdings — not the peoples who created them and still need them to carry on their traditions and religions. And there are more Ancestors and sacred items that we do not know about in collections in the U.S. and worldwide. NAGPRA was passed to remedy this injustice.

For the first time, Tribes have a human rights and civil rights law that assures them the same burial and religious protections enjoyed by anyone else. The 6th Annual Repatriation Conference takes a deep dive into the successes of NAGPRA and what more is still desperately needed to achieve what Congress originally intended.

“Repatriation is reparation for the damage caused by centuries of genocide and assimilation. When we come together to achieve the legal process required by NAGPRA, institutions finally discover the truth held captive on their shelves and in boxes, and come closer to achieving their mission to serve Native and non-Native communities alike,” said Shannon O’Loughlin, an attorney and the executive director of the Association on American Indian Affairs.

Anne Amati, NAGPRA coordinator for the University of Denver Museum of Anthropology, said that the “6th Annual Repatriation Conference is designed to equip attendees with active opportunities to learn from one another, build community and move forward, together.”

Conference keynote speaker, 2014 Presidential Medal of Honor winner, repatriation visionary, and curator Suzan Shown Harjo honors our conference with an address about her work on the front lines of repatriation since 1967. Harjo was a principal author of the National Museum of the American Indian and repatriations laws. In 2019, the National Museum of the American Indian honored Harjo with a daylong symposium on her work to help write, advocate and dream that museum into existence.

“A lot of my once-radical ideas have become federal law,” Harjo said, “and that makes me grateful for every person and all the peoples who influenced my thinking.”

Check out the draft program of the 6th Annual Repatriation Conference. It will be a digital event due to the challenges of COVID-19. This virtual conference is open to all.