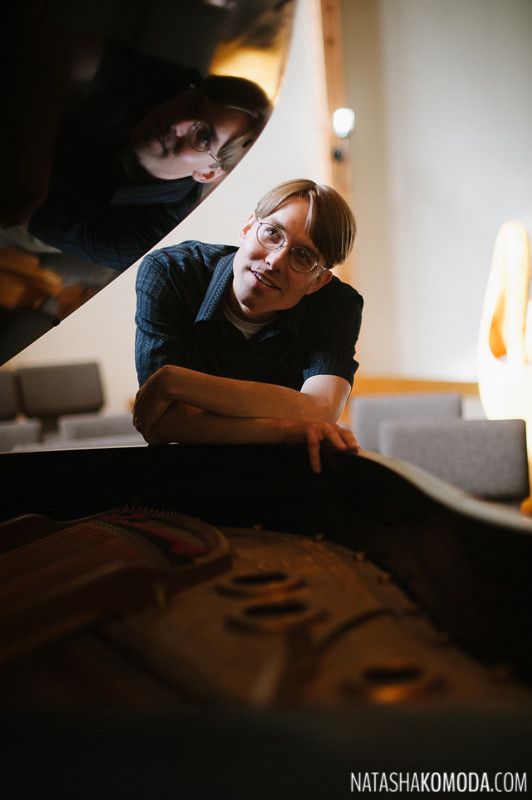 The music of Chappell Kingsland thrives at the intersection of musical worlds. As a composer, his music draws equal inspiration from the European/American tradition and from diverse musical sources ranging from Balinese gamelan and Japanese koto to Bulgarian dance and West African kora. As a performer, his concerts weave art music and popular music together into a uniquely personal synthesis. Kingsland studied composition and organ performance at the Eastman School of Music (BM) and composition at Indiana University's Jacobs School of Music (MM, DM). His compositions have won first-place awards from the Percussive Arts Society, the Jacobs School of Music, and the International Tuba-Euphonium Association. He teaches aural skills, music theory and piano class at the University of Denver's Lamont School of Music, plays for Eurhythmy classes at the Denver Waldorf School, and maintains a private teaching studio. He also serves as the music firector for Salem UCC and the Accompanist/Composer for the Arvada Chorale. Kingsland is the founder of Virtuoso Rock Productions, creating exciting arrangements and fiery performances of rock/pop songs as piano solos and chamber music. His debut album, Rock Piano Solos, will be released in May 2018. His instrumental rock band Electric Athena (featuring Lamont alumni) is currently performing in the Denver area. The biggest project for the 2018-19 year will be the premiere of the Kashmir Concerto for piano and orchestra based on the music of Led Zeppelin. Kingsland's opera Intoxication: America's Love Affair with Oil has received productions by student-run and professional opera companies in the Midwest. His opera for young audiences, The Firebringers, has been produced in Indiana, Denver, and Boulder, with dozens of public and in-school performances. Please visit virtuosorock.com and chappellkingsland.com for audio and video of his diverse musical activities. Photo: www.natashakomoda.com