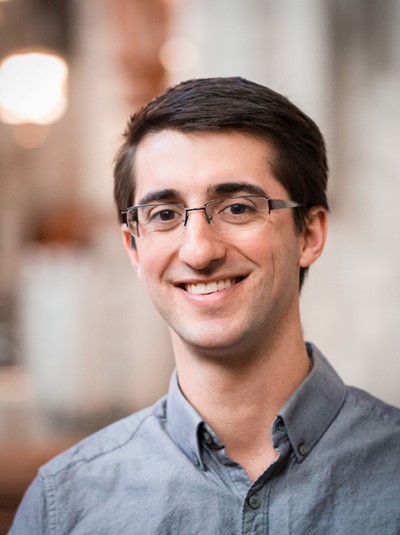 I play the carillon at noon everyday, and I teach carillon to beginning and advanced students.

Joey Brink joined the Lamont School of Music in 2022. Prior to coming to Colorado, he was carillonist at the University of Chicago for seven years, where he built a robust teaching studio. He has given masterclasses and workshops at Yale, Cornell, Wellesley, Indiana University, and the University of Michigan. He began his carillon studies at Yale University with Ellen Dickinson in 2007; graduated with greatest distinction from the Royal Carillon School in Mechelen, Belgium in 2012; and studied further with Geert D’hollander at Bok Tower Gardens in 2015. An award-winning performer and composer, Brink has released two albums for carillon, composed twenty-seven original works for carillon, and published thirty-five arrangements for carillon. His works have been described as “impressionistic”, “shimmering”, and of a “quiet hypnotic power” - Chicago Classical Review. He is one of two Americans to ever win first prize at the Queen Fabiola Competition in Belgium, regarded as the highest level carillon performance competition in the world. Within the Guild of Carillonneurs in North America (GCNA), he co-chairs the Johan Franco composition committee to commission and promote new works for carillon.