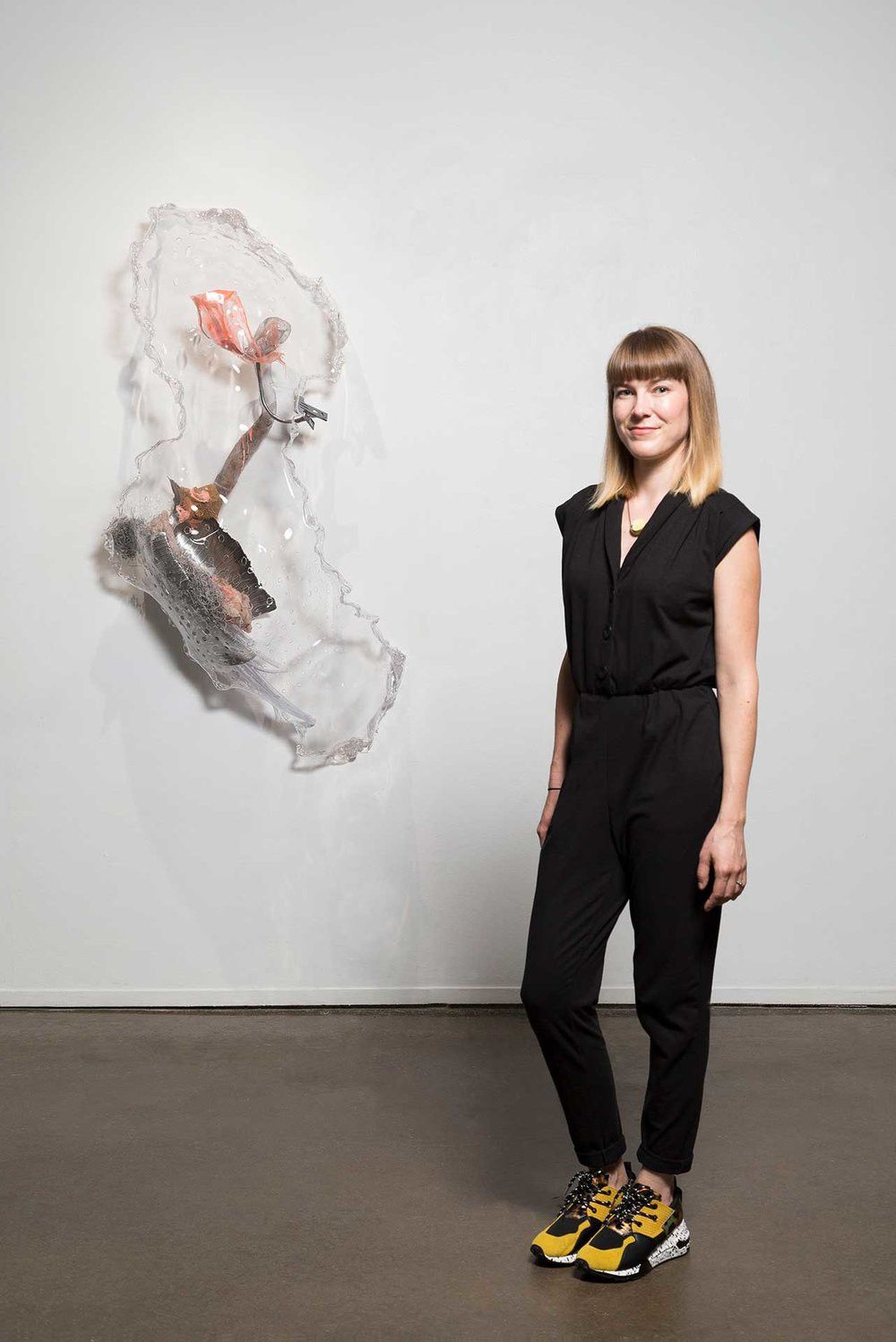 I create sculptures that push against the categories of human and body to reflect an expanded corporeal experience in a posthuman world.

Kate Casanova is an interdisciplinary artist who explores the posthuman through sculpture and video. Casanova has exhibited nationally and internationally at venues such as the Barbican Centre (London), Le Poisson Rouge (New York), and the Weisman Art Museum (Minneapolis). She was a featured artist in Doug Aitken's exhibition, "Station to Station," which toured the nation by train in 2013. She is represented by the Kolman & Pryor Gallery (Minneapolis). She received an MFA from the University of Minnesota in 2013 and a BFA from the Minneapolis College of Art & Design in 2008. She is an Assistant Professor of Sculpture in the School of Art & Art History at the University of Denver.

The contemporary body is a liminal entity whose boundaries are difficult to locate. It is a site of anxiety, marvel and contestation, blurring the categories of human/non-human, inside/outside, organic/synthetic, singular/multiple, and sensing/non-sensing. I create sculptures that evokes the hybridity of bodies and the systems they inhabit. I use materials such as plaster, carpet padding, plastic, resin, silicone, fabric and LCD screens to create abstract forms that bulge beyond borders, slide over edges, and seep through cracks. The resulting work holds tension between the bounded form of a body’s perceived exterior and an unknowable interior world; between control and unruliness.

Through additive and subtractive processes, the body forms itself in response to physical forces such as gravity, energy and entropy as well as societal forces such as social media, the wellness industry, and urban development. My work responds to the distinctly posthuman experience of trying to comprehend the multiplicity of ways in which one’s body is being shaped by the world. I use sculpture to push against the categories of “human” and “body” and create an expanded view of corporeal experience in a posthuman world.