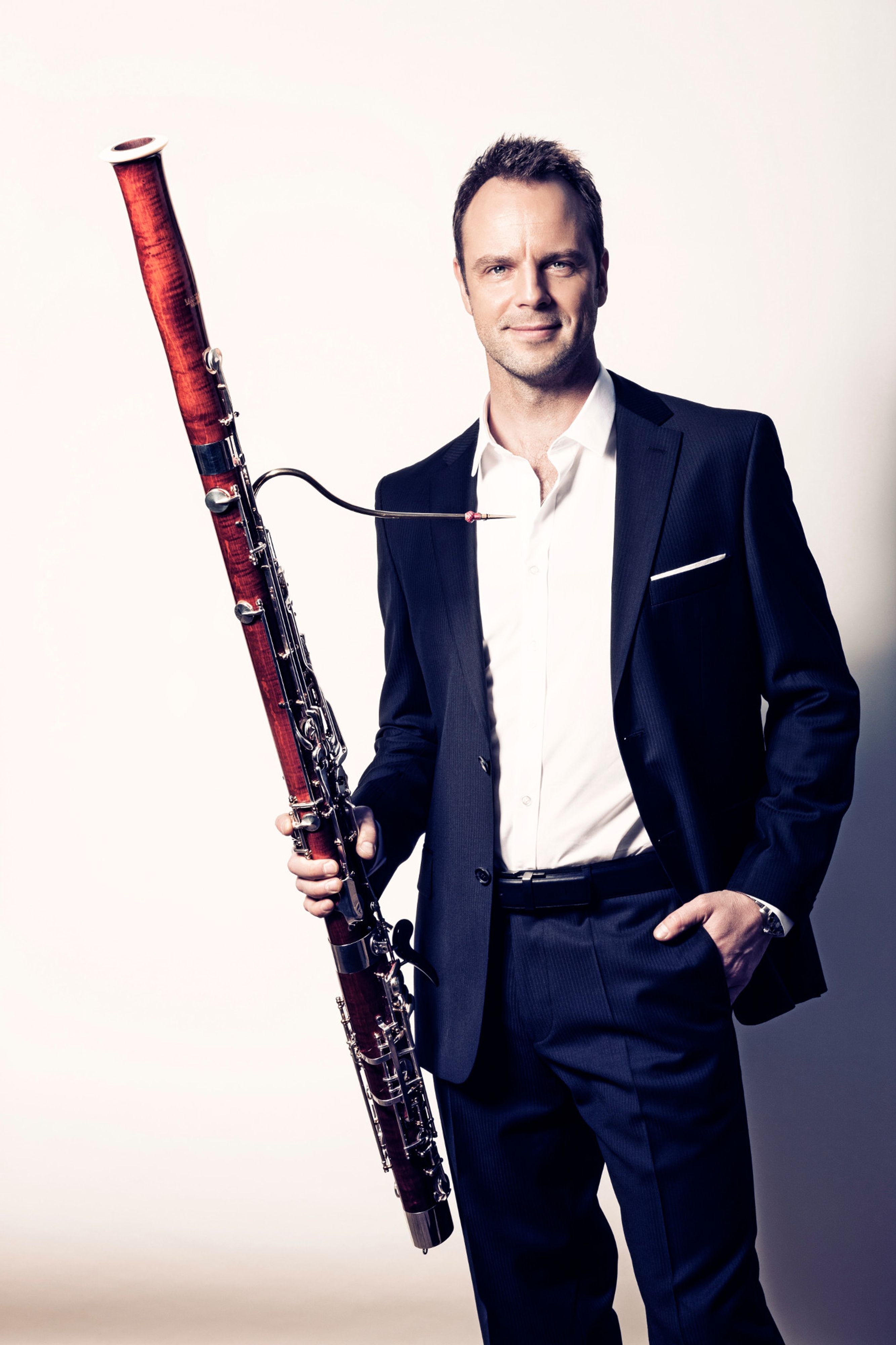 Multiple Grammy-nominated Estonian-born bassoon virtuoso, Martin Kuuskmann’s charismatic and commanding performances throughout the world have earned him repute as one of todays leading solo instrumentalists. A graduate of Manhattan and Yale School of Music, Kuuskmann’s mentors include Stephen Maxym, Frank Morelli, Rufus Olivier and Vernon Read. As soloist Kuuskmann has performed with many of the worlds leading orchestras including MDR Leipzig Radio Symphony Orchestra, Orchestre de la Suisse Romande, Estonian National Symphony Orchestra, American Composers Orchestra, St. Lukes Chamber Orchestra, National Orchestra of Chile, Tallinn Chamber Orchestra, under conductors such as Neeme, Paavo and Kristjan Järvi, Robert Spano, Tõnu Kaljuste, Mihhail Gertz, and in worldwide concert halls including Carnegie Hall, Lincoln and Kennedy Centers, Sala Sao Paulo.  Kuuskmann's exceptionally wide repertoire spans from traditional works to twelve concertos written especially for him by some of todays leading composers including Christopher Theofanidis, Erkki Sven Tüür, Tõnu Kõrvits, David Chesky, Eino Tamberg, Miguel Kertsman. In 2018 he will be recording the Kertsman concerto with the London Philharmonic Orchestra. Praised for his versatility Kuuskmann has closely collaborated with jazz luminaries John Patitucci, Joe Zawinul, and is currently working on a Brazilian music project with the pianist/composer Jovino Santos Neto. Kuuskmann’s acclaimed solo cd’s are available on ERP, Simax, Erdenklang and Chesky Records.  His recent concerto CD includes the much awaited concerto by Theofanidis, and was nominated for the 2017 Grammy in the “Best Contemporary Composition” category. As an in demand chamber musician Kuuskmann has often been invited as a guest member and soloist with the Berlin Philharmonic’s Ensemble Berlin and the Berlin Philharmonic Winds. Since 2011 Kuuskmann has been the principal bassoonist of the Estonian Festival Orchestra led by Paavo Järvi.
Kuuskmann in a Professor of Bassoon at University of Denver Lamont School of Music, and previously taught at the Manhattan School of Music An avid educator, Kuuskmann regularly gives masterclasses in worldwide festivals and universities. Since 2010 he has been working closely with the Berlin based Baltic Sea Philharmonic as their woodwind coach. Kuuskmann is an artist of Bernd Moosmann bassoons, Miller Marketing Company and Legere Reeds.