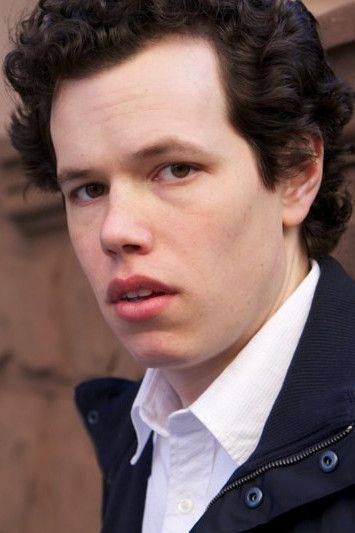 As the artistic director of Lamont Opera Theatre, Matthew Plenk still maintains an active performance calendar. In the 21-22 season, he returns to theaters across the US in Opera, recital and concert repertoire.

A graduate of the Metropolitan Opera's Lindemann Young Artist Development Program, tenor Matthew Plenk made his Metropolitan Opera debut in the 2007/2008 season as the Sailor's Voice in Tristan und Isolde under the baton of Maestro James Levine, a role he repeated under the baton of Daniel Barenboim. He has since returned to the Met as Arturo, Janek in The Makropolous Case, the Song Seller in Il Tabarro and Marcellus in Hamlet, and appeared as Arturo in the Met's 2011 tour of Japan. Other recent opera engagements have included Steuerman in Der fligende Holländer at the Los Angeles Opera, Frederic in The Pirates of Penzance and Macduff in Macbeth at the Opera Theatre of St. Louis, Tamino in Die Zauberflöte at the Virginia Opera, Ferrando in Cosí fan tutte at the Atlanta Opera, Don Ottavio at the Boston Lyric Opera, Lyric Opera of Kansas City, and the Des Moines Metro Opera; Nanki-Poo in The Mikado at the Virginia Opera, and Ferrando, Nanki-Poo, Rodolfo in La Bohème, Flute in Britten's A Midsummer Night's Dream, and Kudrjáš in Janácek's Kat'a Kabanová with the Yale Opera.
Mr. Plenk made his Carnegie Hall debut with the Metropolitan Opera Chamber Ensemble, singing the Brahms Liebeslieder Walzer and duets by Schumann. Other concert engagements have included Handel's Messiah with the University Musical Society in Ann Arbor, Houston Symphony and with the Minnesota Orchestra, concert performances of Salome and Daphne with the Cleveland Orchestra in Cleveland and in New York, Borsa in a concert performance of Rigoletto with Gustavo Dudamel and the Los Angeles Philharmonic at the Hollywood Bowl, the Shepherd in Oedipus Rex with both the Boston Symphony Orchestra (with James Levine) and the Philadelphia Orchestra (with Charles Dutoit), his debut at the Tanglewood Festival as Iopas in Berlioz' Les Troyens with James Levine conducting, Filas' Requiem with the Oratorio Society of New York in Carnegie Hall, and appearances at the Aspen Music and La Jolla Summerfest festivals, and with the Orchestra Sinfonica di Milano Giuseppe Verdi, Hartford Symphony, Hudson Valley Philharmonic, Los Angeles based Musica Angelica Baroque, Connecticut Chamber Orchestra, University of North Carolina Symphony, and Yale Philharmonia, conducted by Sir Neville Marriner.
In 2005 Mr. Plenk was one of sixteen singers invited to work with Naxos Records and Yale University in a collaborative project to record the complete songs of Charles Ives.
Mr. Plenk has been appointed as Assistant Professor of Voice at The University of Denver's Lamont School of music. He is a Samling Scholar, and holds a Bachelor's degree from the Hartt School of Music and a Master's degree from Yale University. His many awards include Grand Finalist in the 2007 Metropolitan Opera National Council Auditions, First Place winner of the Five Towns Music Competition, and Grand Prize winner at the Music Lovers Competition.