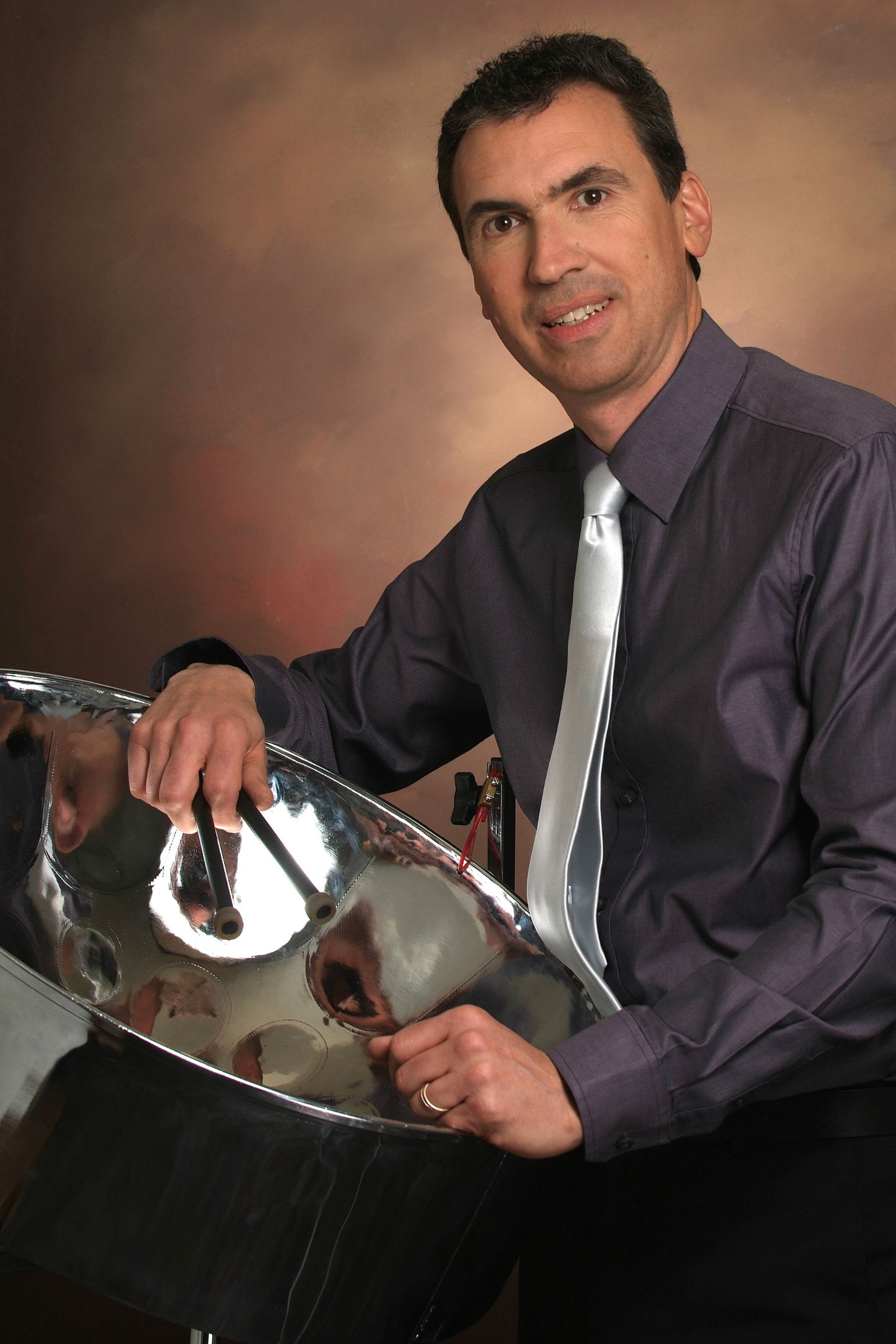 Thomas Miller's vast experience as a performing percussionist, steel drummer, composer, arranger and educator has made him one of the most respected and sought after soloists and clinicians today. Miller has performed worldwide with his own popular group Pan Ramajay as well as notable pan masters Andy Narell, Ray Holman, Othello Molineaux and the Our Boys Steel Orchestra. Miller was also a featured guest performer at Trinidad and Tobago's annual Pan and Jazz Festival in 2005 and 2010. Other credits include renowned bassist Michael Manring, woodwind virtuoso, Paul McCandless, Germany's famed WDR Big Band, the San Francisco Contemporary Chamber Orchestra, the Berkeley Symphony under the direction of Kent Nagano and as a member of the Windham Hill recording group, Montreux. He has added his unique style of percussive touch to numerous recordings covering a variety of musical styles with artists such as Grammy award winners Alison Krauss and the late John Denver, banjoist Allison Brown and Venezuelan songstress Maria Marquez. Miller's playing has also been featured on film scores for the movies, Commando, Nina Takes a Lover, and The Mystic Masseur as well as ads for Minute Maid, Sony, Brodia.com, the SIMs computer games and many others. His arrangements and compositions are also featured on Menus and Music's Pleasures of the Caribbean recipe book's accompanying CD. He is equally as comfortable in the studio as a producer having produced and mixed several critically acclaimed steel band recordings for his own group Pan Ramajay as well as master piannist Ray Holman, The Chabot Panhandlers Steel Orchestra, the Miami University Steel Band and the Lamont Steel Drum Ensemble.

Miller's composing talents have earned him grants from the prestigious Meet the Composer Foundation five times, fostering the creation, performance and education of audiences through his compositions featuring steel drums and percussion. This dedication to musical education has won Miller many invitations as an artist in residence at numerous universities and colleges throughout the US. Miller currently is the director of the Lamont Steel Drum Ensemble at the University of Denver's Lamont School of Music where he serves as an adjunct artist-faculty member. Miller has also served on the faculty of the JAZZ School in Berkeley, CA, the Mannette Steel Drum Workshop in Morgantown, WV, and the Fairbanks Summer Arts Festival. Miller is currently director of the annual Pan Ramajay Summer Steel Drum Festival in Denver, CO.