About a four-hour drive southeast of Denver, near the Kansas border, there's a town called Granada.

On the outskirts of this tiny town from 1942-1945 stood the Granada Relocation Center, where over 7,000 Japanese Americans were forcibly imprisoned during World War II. The center, also known as Amache, was Colorado's sole internment camp, but was one of many other relocation and isolation centers placed throughout the U.S. during the war

Nearly eight decades later in Granada stands a small, unassuming building: the Amache Museum, which holds historical artifacts from the relocation center and its inhabitants. It's there you might find Regina Huang, thousands of miles from her home, looking for objects and stories that shed light on a dark time in Colorado's history.

"I didn't know anything about [Amache's] history before I started this research," Huang said. "So I really learned . . . how the different communities have been working so hard to let more people know about this history. And then they try so hard to avoid the same thing happen[ing] again in the future."

Huang grew up in Taiwan, and went through school thinking she might study marketing. But by the end of her undergraduate studies at National Tsing Hua University in her native country, she took an anthropology class and appreciated the opportunity to learn about different cultures. She was hooked.

She knew she wanted to find a graduate program where could study applied anthropology through museum studies. So Huang took a risk, earned a scholarship, and flew halfway across the world to enroll in the anthropology master's program at DU. She graduates in spring 2019 with a concentration in museum and heritage studies and an appreciation for the two years she has spent in Denver.

Wherever her path leads, one of her most indelible academic memories will be that of her Amache research, and of the small museum in the little town that keeps the important history of the camp alive.

"I think [the Amache Museum] is a special museum because [Granada is] such a small town and the museum is run by the local high school students. They don't have any museum professionals in the museum," she said. "So I just think it's very interesting."
Along with her Amache research, Huang has also been interning for the past six months at the Denver Art Museum, researching Native American and Asian art. She hopes to find a job in research or museums in the U.S., and then potentially apply for an anthropology PhD program in the U.S. or Canada.

Eventually, she hopes to bring her museum studies skills back to Taiwan.

"The museum field is growing in Taiwan right now," she said. "I hope that one day I can go back and apply what I've learned in the U.S., and contribute myself to Taiwan."

Huang is thankful for the many ways she's been supported at DU, but has special gratitude for the International Student & Scholar Services office and the Writing Center. She has also appreciated the help of professors Bonnie Clark and Christina Kreps, who helped her achieve her goal of graduating on time.

"I think the anthropology program at DU provides not only theoretical classes but also has a lot of practical things," she said. "The class that I'm taking this quarter is called museum exhibit development, so we basically are making [and] curating our own exhibition. . . . [At DU] I learn not only about theories, like museum theories or anthropological theories, but I can also apply those theories in practice." 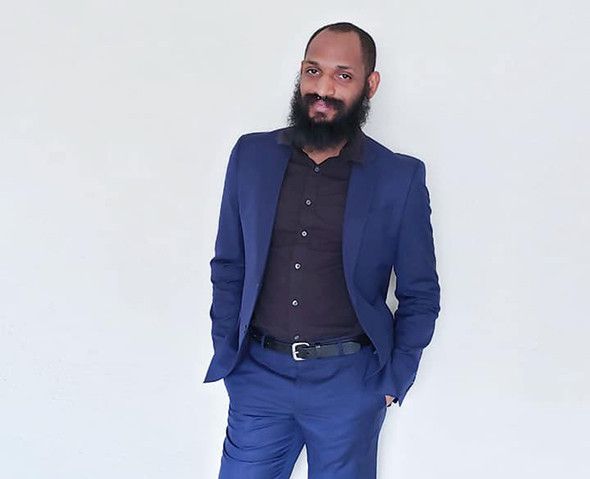