Fuel your future with the world's second-most-spoken language

Spanish is one of the world's few truly global languages, spoken by over 500 million people across several continents and dozens of international borders. It's also a cultural force that has influenced the progress of history and profoundly shaped today's world, both abroad and right here in the United States. With over 50 million Spanish speakers, the U.S. has the second largest population of Spanish speakers in the world. The language is increasingly important and influential in U.S. culture as well as the national economy.

Studying Spanish at DU will help you develop a strong command of the language itself, but our academic programs also focus on cultural studies and literature. As part of studying the culture of societies that were subjected to Spanish colonial rule, you'll have the opportunity to academically engage with indigenous cultures, including courses in Quechua — the  largest indigenous language of South America. You'll explore Spanish-language literature from around the globe, delve into the history and mission of social movements and build cross-cultural understanding and communication skills that will make you an attractive candidate after you graduate.

Our alumni have gone on to roles in fields like international business, international relations and government, nonprofit work, communications, law, education and medicine. Students who major or minor in Spanish at DU leave with confidence in their written and oral language abilities and carry a a strong cultural and literary foundation with which to understand the world. With those tools, you'll be prepared to pursue careers that inspire your passions and fulfill your ambitions. 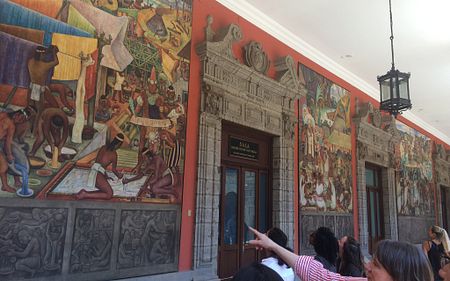 A range of opportunities from Latin America to Spain offer total language and cultural immersion.

Engage with a Thriving Spanish-Speaking Community

When you choose to major in Spanish at DU, you won't just be learning the language — you'll be taking your growing communication skills into the Denver area and beyond, where Spanish is one of the most commonly spoken languages and a unifying force for communities across the Front Range. From one-of-a-kind language immersion experiences to cultural events and activities inspired by Spanish-speaking heritage from around the world, you'll have plenty of opportunities to turn your education into a tool for the public good.