Sara Sachs is a well-known DU Theatre alumna whose professional resume makes her a hot commodity in the Denver theatre community. Graduating from the University of Denver in 2016 with a double major in Theatre (distinction in Stage Management) and Italian (with Excellence) and a minor in History, Sara is the definition of 'exemplary.' Now working as the Technical Director/Theater Manager at Overland High School in Aurora, she continues to share her professional theatre experience with her beloved students. 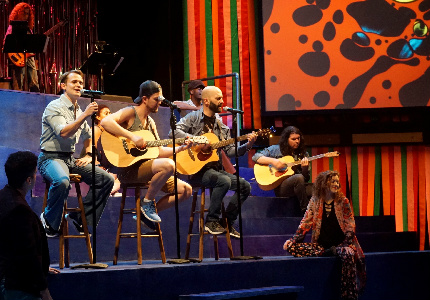 This summer, Sara was involved in a variety of theatrical projects as both a Stage Manager and a member of load-in crew. She states, "the primary [job] was Reunion, which was two separate shows, and was a collaboration between the University of Denver, and the Broadway/Off-Broadway production company Creative Endeavor Office. I was the production stage manager. I also was briefly involved with Pipedream Production's #BESTYOU, an original work from a DU alum company, Pipedream Productions. I acted as their interim stage manager. Other than that, I assisted with the load-in of Sister Act, presented by Parker Arts and Inspire Creative in Parker."

Sara's involvement with these various projects could not, as she mentions, be possible without important DU connections and relationships. "For Reunion, the producing company and general management company (both based in New York) decided to rent the Bryon Theatre and cast/hire from Colorado locals, as a portion of the production team. This agreement meant that positions within the team were open. I applied, and had strong DU recommendations. One of the producers, Matthew, was from Aurora, and the other, Carolyn, was at Boulder with a couple of our current DU theatre faculty". 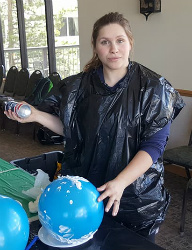 Throughout the summer, Sara was consistently approached by theatre professionals throughout the state who knew of her work while at DU. Her specific connection to DU Department of Theatre, helped her to ensure a strong and steady work flow throughout the summer months. "DU is pretty much raising a fleet of the next generation of ultimate theatre-makers, so it's nice to leave once in a while, but also return to my roots! The DU Theatre's faculty's connections and expertise got me through my first iterations of technical direction, and the fact that they continues to employ me is a blessing."

When asked about her eventful summer as a recent DU grad, Sara is quick to summarize the overall feel of working on several shows at the same time. "It was fulfilling to see so much new, great art going on at various scales. You have up and coming companies with very little money carving a niche in Denver with their own works, but you also have Broadway stars and producers right up the street working the same magic."

What's next for Sara? Well, as you might guess, it's quite the laundry list. "We just had auditions for our two fall shows (at Overland High), Hamlet and A Raisin in the Sun, and there will be a lot of other shows and events in the upcoming months. There will also be two musicals in the winter, followed by a New York trip, One Act Festivals, and more. 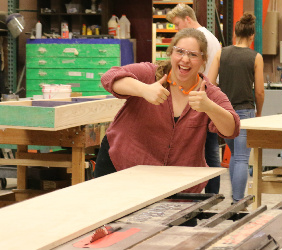 At DU, I am one of the shop foremen, and we'll be building two or three shows in the next ten weeks (The Shape of Things, Savage/Love, and Red Cross). We'll work in the shop and do scenic, lighting, sound, and property elements. I will also be house managing for The Athena Project Festival's world premiere of Honor Killing at the Mizel Arts and Culture Center in September as well."

She assures us it's a "small work load for this time of year," but as we already know about Sara Sachs, the word "underachievement" isn't in her vernacular and "small" might be a bit of an understatement.