As you're pursuing your major or minor in political science, we're here to help you achieve your academic goals. We've answered some frequently asked questions about advising, declaring your major and studying abroad, and we've collected resources that can contribute to your academic success.

If you are a political science major, you should meet regularly and work closely with a faculty advisor within the Department of Political Science. Faculty advisors provide guidance on coursework and unblock your PINs so you can register for your courses. They also offer information on internships, honors theses and careers in political science.

You can find your political science faculty advisor by going to PioneerWeb and checking the left column of the "Student" tab. If you don't see your advisor listed, send an email to polisci@du.edu.

If you have a general question for the Department of Political Science, you're always welcome to call our main political science office at 303-871-2743 or email polisci@du.edu. 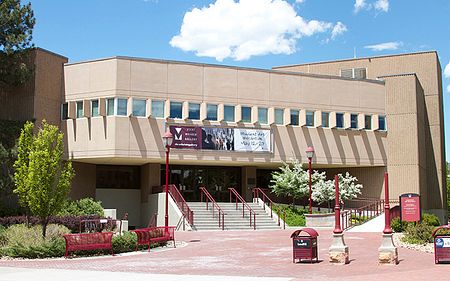 This course introduces the relationship between law and society, exploring principles of legal conduct in social contexts and explaining how social scientific methods are used to understand these principles. Questions discussed include what is the relationship between the “law-on-the-books” and “law-in-action,” and what can we learn from gaps between formal law and the “real” law that is experienced in society? Empirical examples may include international comparisons and the evolution of law over time. This course counts toward the Scientific Inquiry: Society and Culture requirement.

As the conclusion of the Cold War spurred a tidal wave of democratization around the globe, western policy makers and pundits often assumed that even in weak, poverty-impacted states attempts to democratize were bound to succeed – at least eventually. By 2008, however, the discourse of democratization had been transformed. “Celebrations of democracy’s triumph are premature,” wrote a noted scholar of democratization; “in a few short years, the democratic wave has been slowed by a powerful authoritarian undertow.” Recently, both the quality and quantity of “democratic” states have declined. Even the world’s oldest, most taken-for-granted liberal democratic regimes increasingly flout democratic norms and policies. We begin with a focus on the United States and then consider European cases and the cases of Venezuela and Zambia. Along the way, we engage theories of populism, political polarization, “stealth authoritarianism” (politicians’ use of seemingly democratic laws for antidemocratic purposes), and theories of gradual institutional change. Satisfies the departmental sub-field major requirement in comparative/international politics.

This course explores American politics by simulating the legislative process of the federal government. Students play either a member of the House of Representatives or a member of the Executive Branch. The simulation requires that students seek the goals related to their position. By putting theory into practice, students gain a better understanding of Washington politics. Satisfies the department distribution requirement in American politics. Prerequisite: Sophomore standing.

Our four sub-fields include American politics, which helps you gain better understanding of the American political process; comparative/international politics, which explores the impact of political, social, cultural and economic forces in countries and regions around the world; law, which examines the relationship between legal and political systems; and political theory, which analyzes the multiple meanings of fundamental political concepts and asks how these concepts are embodied in various political orders.