The DU Prison Arts Initiative generates creative and collaborative learning experiences that enrich the lives of incarcerated people and shift the conversation about prison. We create high-quality therapeutic arts programming across Colorado. Our work empowers individuals to improve the quality of their lives and prepare to make positive changes in their communities upon release.

At the DU Prison Arts Initiative, we're dedicated to serving the public good.

In early 2018, Ashley collaborated with Apryl Alexander, PsyD and Associate Professor in Forensic Psychology at DU, and together they were awarded a CAHSS Dean’s Award for Interdisciplinary Studies (DAIS). The DAIS award allowed them to bring Rachael Zafer, MPA, founding director of the NYU Prison Education Program and former director of the Prison Creative Arts Project at the University of Michigan to work with DU PAI as thought-partner and consultant. Additionally, in early 2018, Apryl and Ashley were awarded a Professional Research Opportunities for Faculty (PROF) grant from the Vice Provost for Research and Graduate Education at DU to fund a full-length production within the CDOC with supporting research. In 2018, acting as Co-Directors, Apryl, Ashley and Rachael worked to build a multi-disciplinary faculty-advisory board to support DU PAI’s expansion with collaborators Elizabeth Catchings, PhD (Writing), Esteban Gomez, PhD (CAHSS, Anthropology), Jeffrey Lin, PhD (CAHSS, Criminology), Roddy MacInnes, MFA (CAHSS, Art and Art History) and Shannon Sliva, PhD (GSSW).

In the summer and fall of 2018, DU PAI's programming expanded into Denver Women's Correctional Facility (DWCF), Limon Correctional Facility, and Sterling Correctional Facility (SCF) through Ashley’s Ensemble Theatre Class. In the Fall of 2018, DU PAI was accepted as a new project by CAHSS’s Center for Innovation and Liberal Arts (CILCA), directed by Derigan Silver, PhD (CAHSS). Through Derigan and CILCA’s support, Apryl, Ashley and Rachael were able to apply for further seed-funding for DU PAI with the Andrew Mellon Foundation in late 2018, which they were awarded in early 2019. Apryl and Ashley also received two Community-Engaged Learning Mini Grants in 2018 and 2019 from DU’s Center for Community Engagement to Advance Scholarship and Learning (CCESL) to support their work with Rachael and the family reunification event program.

In late 2018 and early 2019, DU PAI really took off at SCF, as a group of approximately 20 participants signed up for Ashley's Theatre Ensemble class which eventually led to a fully-realized production of "One Flew Over the Cuckoo's Nest." The production was directed by Ashley and co-created by Julie Rada, MFA and it eventually went on a historic tour to other prison facilities, supported by the PROF grant.

In the summer of 2019, Ashley and associate producer Caroline Sheahan (GSSW), launched the DU PAI/CDOC podcast With(in) with a group of incarcerated collaborators from SCF and DWCF. At SCF and DWCF, the reality of what DU PAI could be began to really take form. To this day, SCF and DWCF are seen as DU PAI's flagship facilities.

In the spring and summer of 2019, both Apryl and Rachael moved into advisory and facilitator roles with DU PAI. In September of 2019, DU PAI signed an unprecedented 3-year contract with the CDOC to bring arts-based programming into every prison in the state of Colorado. DU PAI then recruited Julie Rada as Director of Programming and Lead Affiliate Faculty. Julie had been successfully leading a program at Sterling called “Action, Change Theatre/ACT Ensemble” prior to joining forces with DU PAI and had been working in the field of prison arts for eight years. DU PAI was also able to bring aboard Karen Levi-Lausa, MA, who dissolved the eight-year prison-based literature program “Words Beyond Bars," a non-profit with a similar mission to DU PAI’s, to support as Literary Arts Consultant. Karen and Julie made a fluid transition into their new positions, creating a strong presence inside the CDOC, while expanding the bustling programming that would come to include arts-based workshops, group leadership programs, family events and Inside/Out college courses. In the Fall of 2019, Julie, Karen, Ashley and a group of incarcerated people at Fremont Correctional Facility launched a statewide CDOC newspaper, The Inside Report. Additionally,  Shannon Sliva became the Director of Research over-seeing program evaluation and special research projects for the rapidly growing program.

By the end of 2019, DU PAI was fully running in 10 CDOC facilities with a full staff and the collaboration of DU faculty, graduate students and community artists/partners. Over the next few years, DU PAI will work to be present in every prison facility in the state. The DU PAI team continues to grow with new staff positions and student and faculty collaborators as we work to generate creative and collaborative learning experiences that enrich the lives of incarcerated people and shift the conversation about prison.

For more information on our team, please see the Our Team page. 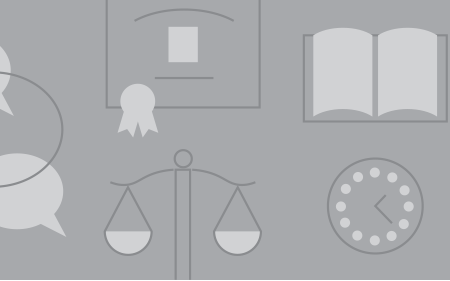 Stay up to date on the latest performances, events and programming from DU's Prison Arts Initiative.

DU PAI collaborates with the Colorado Department of Corrections to connect incarcerated cast, crew and production teams to the public through arts-based events and theatrical productions.

Through the publication of original materials created by people who are incarcerated, LuxLit Press seeks to spark new understandings for people inside and out.

The DU Prison Arts Initiative is based on a collaborative ethos. It's how we work together that makes an impact, both on individual participants and on the larger conversation about prison.

Our primary partnership is with the Colorado Department of Corrections (CDOC). Partnering with the CDOC means we can continue to expand our programming in facilities across the state. We value our collaboration with the CDOC and the impact that we can have as a team.

Some of the best ways for the community to connect with DU Prison Arts Initiative are by listening to the voices of our participants through the "With(in)" podcast and newsletter, reading "The Inside Report" newspaper, attending productions, and donating to support our programming. We are also willing to explore mutually beneficial partnerships with other community organizations or members. To express interest in working together, email us at prisonarts@du.edu. 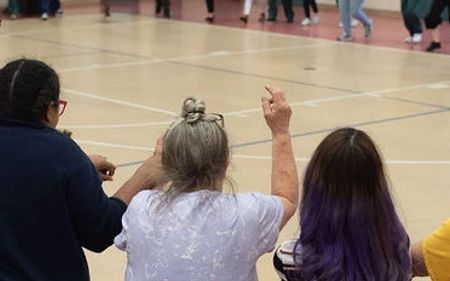 Your support provides learning experiences that enrich lives across Colorado.