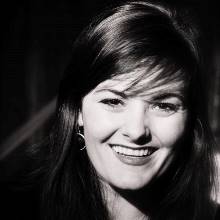 After graduating with a BFA in acting from CU Boulder, Ashley Hamilton, assistant professor of theatre, headed to New York City and the bright lights of Broadway. A few years later, she was asked to teach theatre at a homeless shelter in New York. It was there that she discovered "applied theatre," and a passion for bringing theatre to marginalized communities.

That opportunity led Hamilton to prison theatre, and later graduate school at New York University where she earned an MA and PhD in applied/educational theatre with a focus on theatre for social change and devising theatre.

"Theatre, at its most foundational level, allows for the opportunity to tell stories and examine the human experience, so when you bring theatre into a community that is open to share and explore, incredible things can happen—for the individual and community at large," she said.

Since then, Hamilton has taught in and created theatre programs for jails, prisons, homeless shelters, Alzheimer's communities, psychiatric hospitals, as well as in communities of young people in East Africa and India. She finds prison theatre to be the most powerful and moving work, which deeply benefits incarcerated people.

"The benefits can be strengthening their public speaking skills, heightening their emotional awareness and understanding of their lives, allowing them to express and explore complex emotions, dedicating themselves to a group, working toward a goal as an ensemble—the benefits are vast," she said.

"I've shown, through my research, that devising theatre in prison strongly impacts interpersonal communication and conflict-resolution skills. And, on a more complex level, theatre in prisons allows for a break from living the trauma that is their lives. It gives them the chance to be seen and heard as the full humans that they are."

Hamilton recalls one student serving 25 years in a New York prison for a crime he didn't commit, and who was eventually exonerated.

"I had the opportunity of teaching him in a theatre course while he was still inside and it was clear to me that his theatre work in prison was one of the things that kept him going during a hellish experience," she said.

Hamilton is introducing her students to applied theatre through her courses and work within local and global communities. She recently started a DU Theatre Workshop at a men and women's prison in Denver. And, along with one of her students, she is holding weekly theatre workshops with residents of Denver Children's Home for kids who have survived trauma, neglect, and abuse.

This summer, Hamilton will take students to Zanzibar, Tanzania in East Africa to devise a play with a group of Zanzibar high school students about social justice issues in their community.

"I have been working with an organization, Global Empowerment Theatre, for the past six years and they've sent me to East Africa and India in the past to do similar work. I am so grateful that I get to share this work with our DU students in the form of a summer course," she said.

"My intention for the course is that our students will have a practical, on-the ground experience of creating theatre for social change—working day in and day out to support this community and their stories while also examining the work with an intersectional lens," she added. "We will be interrogating the power and importance of applied theatre while also questioning the ethics and complexities of race, class, language, and culture."

Through it all, she is committed to leading people through the process of writing their own plays so that they can share their own stories.

"Theatre has the ability to act as a catalyst and container for education, transformation and growth," said Hamilton. "Bringing theatre into communities, either as an educational tool or opportunity for connection, is my life's work. I love holding space for communities to tell their stories."