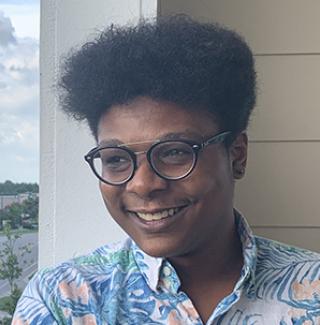 MEPC alumni T. Michael Boddie didn’t plan to be an education reporter. Originally from Georgia, Boddie considered attending DU for his undergrad but ended up going to the University of South Carolina, where he studied journalism. After he graduated, Boddie interned at The Post and Courier in Charleston.

“I had always been one of those people who kind of believed truth to be stranger than fiction in a lot of cases,” said Boddie.

In 2019, Boddie reapplied to DU for grad school. During his second year as an MEPC student, Boddie started working for the website boardhalk, which is the brainchild of longtime Denver journalist Alan Gottlieb. The website was created to follow news and publish op-eds about the Denver Public Schools system.

After graduating from DU in 2021, Boddie continued working at boardhalk, learning the ins and outs of the Denver Public Schools system. One day, his editor from The Post DMed him on Twitter and told him they were looking for an education reporter in Columbia, SC, and Boddie accepted the position.

Originally a journalism major, T. Michael came to DU to learn more about communications. He learned strategic communication skills and how to write for a mass audience while acknowledging the different contexts of vulnerable populations. He also worked as a teaching assistant for the course Hip Hop as Medicine.

“[Hip Hop as Medicine] really opened my eyes to how stories are told through that genre,” said Boddie.

Boddie’s time at DU allowed him to better comprehend all sides of the communications field, and he was particularly impacted by both Renée Botta, PhD, and Nadia Kaneva, PhD.

“With Dr. Botta and Dr. Kaneva, you know, there’s a PR arm to this,” said Boddie. “I’d say my time at DU really helped me understand that side of the job, like where the PR people are coming from and how to just like understand what it is they’re trying to do and how I can help while also holding them accountable.”