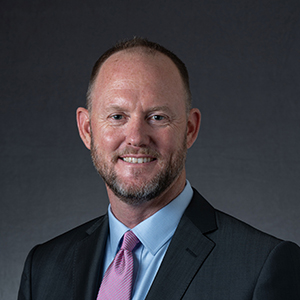 The new Chair of the MFJS Department, Derigan Silver, Ph.D., has held a fair share of roles at the University of Denver, including an associate professorship teaching Mass Media Law from a textbook he authored, supporting programs like Documenting Colorado’s Hidden Voices as the faculty director of the Center for Innovation in the Liberal and Creative Arts (CILCA) and, most recently, as the impromptu Deputy COVID Coordinator for the Office of the Provost and Executive Vice-Chancellor.

After graduating from the University of California, Santa Barbara with a B.A. in psychology, Silver stayed afloat by picking up jobs as a lifeguard and swim instructor before beginning a master’s program in mass communications at Arizona State University.

“Like a lot of people do when they sort of discover that they want to change careers, I thought a master’s degree was a good way to do it,” he said. After short stints as a magazine writer, freelancer and government relations manager, he settled on a thesis inspired by a class he had taken with ASU’s First Amendment scholar Joseph Russomanno, Silver decided to research and write on hate speech, speech codes and counter-speech at Arizona State.

“It was a fluke,” Silver said. “I never wanted to go to law school, never wanted to be a lawyer — I may have thought about it once or twice, but it was not something that I was really that interested in.” However, Professor Russamanno allowed Silver to take his undergraduate law class in place of a canceled Media Ethics class for graduate credit, giving Silver his first taste of the field that would be a determining factor in his career.

“My brain just got it. I understood what was going on in a way that I had never understood a subject,” Silver said of the class. “Law was something I got at a really basic level.”

During the thesis process, a member of Silver’s committee asked about his plans for a doctorate. After a year of deliberation with his (at first skeptical) wife, they both moved to Chapel Hill where Silver pursued a Ph.D. in Mass Communications from the University of North Carolina.

While researching his dissertation, Silver was recruited as a Tar Heel, which made the week of April 4, with UNC basketball and Denver hockey both competing for national championships, an exciting one.

“I was screaming at the TV in both situations, probably maybe a little bit louder in the UNC-Duke game. But then when UNC went up by 15 at halftime in the national championship I was also screaming at the TV, so it was a good week for sports in my house — I’ll just put it that way.”

Silver began his career as a professor of media law at DU in 2008. While notoriously difficult —one rate-my-professor review read, “UUUGHHHHH this class is literally the hardest thing I've ever done in my life” — Silver wanted two things: one, for students averse to the material to warm to and learn something from the class, and two, for students to be able to use what they learned later in their careers. Both goals have been fulfilled over and over. In fact, one of his former students, armed with notes from Silver’s curriculum, took on a team of lawyers from the New York Rangers, her employer, and justified her work as fair use.

“If you focus on the stories, that’s a great way to hook students and get them interested in the actual law,” he said.

Silver expanded his role in 2018 when he took on a position as Director of CILCA (Center for Innovation in the Liberal and Creative Arts), an “interdisciplinary idea incubator and accelerator.” The pilot-launching program funds and supports faculty in their creative, philanthropic and community endeavors, often permitting teaching releases. Carlos Jimenez, Jr., Ph.D., is working on a CILCA-funded project at the moment. Which works to chronicle the oral histories of the “unheard voices of Colorado.”

In Spring 2020, when the University was just starting to consider the full ramifications of the COVID-19 pandemic, Silver was asked by Interim Provost Corinne Lengsfeld to chair the Fall Logistics Task Force and to draft recommendations and logistics of DU’s return to campus during an uncertain time. Later that summer, COVID Coordinator Sarah Watamura asked Silver to make the position more permanent as Deputy COVID Coordinator.

“I first agreed to do it for the Fall Quarter only, and [Watamura] asked me to extend, and then asked me to extend again. The joke was, three weeks before my contract would run out, she would come up and ask, ‘Hey! Would you keep doing this?’”

“Covid has meant, for me, 70-hour work-weeks,” Silver chuckled.

At long last, as the high positivity rates of the delta and omicron variants dropped and the task force began a transition to full-time staff for a long-term approach to COVID-19, Silver rotated from his position in March.

He didn’t have long to relax, though, as he transferred immediately into the Chair of the MFJS Department, following Dr. Lynn Schofield Clark, who is taking sabbatical.

“One of the things I hope to bring to the job is a sense of camaraderie and cohesion between my faculty members,” he said. “It’s a pleasure to advocate on their behalf and try to make their lives easier and their dreams come true.”

Other goals include the support of film creation, seeing more professors of the practice in front of students, fulfilling technology needs for students and fundraising for a new MFJS building for future generations of DU students.