Thompson will retire in spring 2022, after 33 years with MFJS. 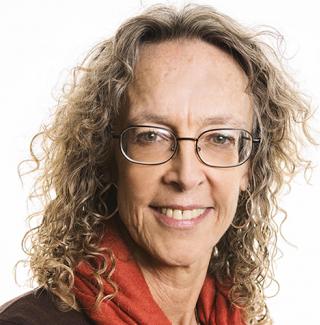 After 33 years with the University of Denver, Margie Thompson, PhD, is about to celebrate her well-deserved retirement. Her final course – Culture, Gender & Global Communication – will conclude at the end of Spring Quarter 2021. Once her retirement is final in Spring 2022, Margie will be recognized as a Professor Emerita within the MFJS Department.

In her early years on the University of Denver faculty, while maintaining an active research agenda, Thompson taught courses in media effects, the cognitive processing of television, news writing and reporting, and quantitative research.  With her strong record in research, teaching, and university service, she was granted tenure and promotion to Associate Professor in 1995.

With support from then-School of Communication Director Mike Wirth and then-Dean Tom Rowe, Thompson founded the graduate program in International and Intercultural Communication, a joint degree program shared between the Department of Mass Communication and the Korbel School.

As of the date of her retirement in spring 2022, the interdisciplinary M.A. in Intercultural and International Communication program will have been in existence for 27 years and claims more than 300 graduates. Several alumni of this program have gone on to pursue distinguished careers in higher education, communications and media, strategic communication, intercultural training, international education, the U.S. Foreign Service, USAID, and international human resources.

FIRE (also known as Radio Internacional Feminista) was an international women's internet radio station based in Costa Rica, produced since 1991 (on shortwave) by women from Latin America and the Caribbean. Broadcast in Spanish and English, FIRE covered numerous international and regional events, ranging from five UN Conferences around the world, to numerous international women’s and indigenous conferences, and women’s/feminist movement activism for social justice (e.g., women’s resistance to the 2009 military coup in Honduras), among others. Scholars and activists say that FIRE was instrumental in providing a channel to amplify women’s voices in the Latin American, global women’s and feminist movements, and other social justice efforts. Prof. Thompson interviewed and produced multimedia stories and programs with women from around the world on topics ranging from violence against women, reproductive rights, climate change, women & technology, economic justice, immigration, and armed conflict and war, among other topics.

Thompson worked with FIRE to develop the Institute for Communication and Community Development by Women in 1998. Through this Institute, Thompson led travel courses that took University of Denver students to Costa Rica for between 2 – 4 weeks, supervising students who lived with families in the small community of Ciudad Colón (25 km west of San José) and who worked with indigenous and campesina women on community communication projects. Through these efforts, Thompson became interested in feminist resistance to oppression (on various topics) and in the reporting on women’s experiences of war and armed conflict. Between 1996 and 2013, Thompson led workshops for indigenous and feminist activist groups in Central America and also Uganda, on radio, print, and web-based journalism.

During the academic years 2015-2018, Thompson joined the Estlow Center research team with the development of media-rich participatory action research efforts that took place in collaboration with students from Denver South High School, a school serving a student body where 62 languages and 67 countries are represented. Together with Department Chair Lynn Schofield Clark, PhD, Thompson oversaw projects that worked with the Denver Regional Transportation District that resulted in the successful change to bus lines in order to better serve the largely immigrant communities attending South High (2016) and oversaw a school survey that explored how teachers might better support students of color who might be eligible to participate in Honors and Advanced Placement courses, providing support for a student-led campaign that more than doubled the number of students of color entering Honors and AP courses the following year (2016-2018).

Additionally, Thompson became involved in Latin American social justice and immigrant rights groups in the Denver area, serving as a volunteer with the Denver Justice and Peace Committee (1998-present), the Denver Metro Sanctuary Coalition Sanctuary4All (2014-present), the American Friends Service Committee (2014-present), the Colorado Migrant Family Program (2015-present), and was a member of the DU Immigrant Rights Forum (December 2014-present), the immigrant workshop series planning committee (2015-present),  and the Migrahack Committee (January – September 2019). She also volunteers with CIRC (Colorado Immigrant Rights Coalition) (2015-present) to document stories of undocumented immigrants and their families who are fighting deportation. Through these connections, Thompson has continued to partner with Indigenous and undocumented women in order to bring their stories to light through independent journalism.

Bringing together her expertise in teaching and working with Indigenous and undocumented women, hompson is completing a book that is currently under contract with Routledge titled, Multicultural Journalism: Critical reflexivity in news practice. This book is based on her 20+ years of experience as a feminist multicultural and international journalist and educator, and addresses what she identifies as the crisis in journalism related to falling audience ratings, the major push for profits, and decline in news quality and depth.  The book addresses the chronic racial and gender imbalances in the news industries and in news representation, as well as the issues of whiteness, patriarchy, and the power and privilege of journalists and their sources. She has completed more than half of the manuscript and plans to finish and see it to publication in the spring of 2023.

The Department of Media, Film & Journalism Studies is grateful for Thompson’s long years of service, her long commitment to diversity, equity, and inclusion, and her tireless advocacy for women-identifying students and women-identifying members of minoritized and dispossessed communities. Her legacy is evident in that she will retire from a department that is now internationally recognized for its graduate programs and its strengths at the intersections of global communication, critical race theory, and critical feminist practice.

A video tribute dedicated to Margie was presented at the 2021 Internationalization Summit which featured words of congratulations from alumni of the International & Intercultural Communication program that she founded. Watch the video.