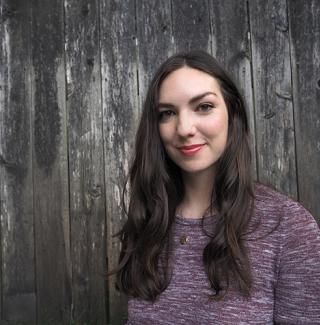 I was first drawn to the digital communications internship position at Picture People, a UK charity focused on film and advocacy, because of the special opportunity to connect communications with human rights.

When I first started graduate school in the international and intercultural communication program through DU’s Department of Media, Film & Journalism Studies, I had experience as a journalist, writing on everything from business and travel to research and science, but I hadn’t had the chance to meld that experience with my classwork. I was excited to learn that the internship supervisor was an alum of the IIC program, and after a short conversation and interview with him, I was certain this would be an excellent way to begin this new path.

Picture People was founded in 2004 with an understanding that visual media has incredible potential to change the world. Far beyond just entertainment, film and photography can serve an integral role in not only exposing and documenting human rights abuses, but also as an advocacy tool, moving people to action. Through training workshops across the world and a summer school that trains young people in using film for human rights work, Picture People has made a clear impact.

I instantly connected with its mission and was excited to spend six months helping the organization grow and sharing its work with as many people as possible. The daily work of my position involved meeting regularly with the small team, where I got to work closely with Picture People’s co-executive directors, Claudia Modonesi and Nick Danziger. I helped manage the organization's social media channels and groups, wrote blogs for the website and worked with my supervisor to develop a strategy for communications.

The most fulfilling work I did, though, was organizing a brand-new initiative and managing it from start to finish. Before I joined Picture People, the team had discussed holding a photo contest but had yet to make it happen. I was charged with bringing it to life for the first time. Working closely with every member of the organization, I helped create the Future In Focus Mobile Phone Photo Contest. I worked to promote the contest, interface with numerous partners who helped in the contest’s promotion and build a roster of judges.

The contest ran throughout November 2021 and had dozens of entrants. It succeeded in growing Picture People’s social media following and engagement, and we were able to award a prize to four winners. It was deeply fulfilling to see art and advocacy pour in from around the world, and I learned so much about managing a project from ideation through implementation. Over the course of the project, I also made important career connections with communications professionals at many other organizations, and networked with the contest’s judges, including "National Geographic" photographer Juan Arredondo.

I am very proud of that work, and am so grateful to have had this internship, where I truly became integrated into an organization whose work is making a genuine impact in lives. Coming together with an international team of talented, welcoming and insightful individuals who each has a courageous commitment to human rights has been one of the highlights of my graduate school experience.