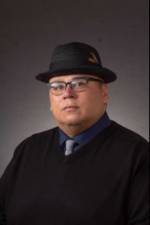 Originally from the LA area in Southern California, Visiting Teaching Assistant Professor Johnny Ramirez, who teaches with the department for the 2020–21 academic year, obtained his PhD in Education with a specialization in race and ethnic studies from UCLA Graduate School of Education. Ramirez’s research focuses on student resistance and on the outcomes related to those actions. He said, “it's always good to look at the history of where student movements and student resistance has happened in communities of color.” Ramirez noted that DU, a private and predominantly white institution, initially offered a stark contrast to his tertiary education environment at UCLA.  He has spearheaded multiple community-based programs and curricula that encourage dialogue and embrace diversity during his time here.

Ramirez joins the MFJS department after working with the Interdisciplinary Research Institute for the Study of (in)Equality (IRISE) as a postdoctoral fellow for the past 3 years. With his skill set in community engagement, critical media literacy, critical race and ethnic studies, pedagogy and curriculum, Ramirez is a unique asset to the department. Along with a critical race and ethnic studies course in the History department on Latinx student resistance and activism from 1962 to the present, this year he is teaching several sections of the Intro to Media and Culture class and a problem-based course called, “Hip Hop as Medicine.”

“At the core of my teaching pedagogy is building to transform the classroom environment into a community where folks could get to know one another, build relationships with one another, share resources with one another and at times, even share support for one another,” Ramirez said. His commitment to community goes beyond the classroom through his work with Gang Rescue and Support Project (GRASP). By adopting an indigenous centered healing model, Ramirez leads after school programs around healing from intergenerational trauma.

In 2019, Ramirez extended his commitment to youth in the community by creating a pilot summer program through IRISE with workshops on Hip Hop, identity, and youth empowerment and healing. He hopes to continue his work with healing through Hip Hop by creating a Hip Hop Summit that would, “take young people through programs and fun stuff that the students in my class can host and facilitate for them.” 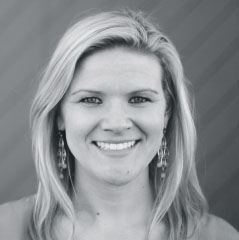 Taylor Nygaard, PhD taught three remote classes in the Fall: two sections of Intro to Film Criticism and a section of Intro to Media and Culture. Nygard, who attended University of California, Berkeley, before earning a master’s degree from the University of Southern California in Critical Studies of Film and Television from the School of Cinematic Arts, earned her doctorate at USC in 2013, with research in feminist studies and the media industry.

Dr. Nygaard served as a postdoctoral fellow in the department after completing her doctorate. Thus although she was not a stranger to the MFJS department, Nygaard returned at a time when the learning format was anything but normal. After having her baby, she began her journey of teaching online at Arizona State University for two years, which prepared her for the newly adopted online learning format due to COVID-19. When asked what changes she saw in DU since her earlier time here, Nygaard said, “I am seeing a new cultural awareness in students that is really inspiring and a bright spot amongst everything that we’re going through. It speaks a lot to my research which is about representations of intersectional identity in contemporary media.”

Nygaard’s next research project will look it Reese Witherspoon’s book club, Hello Sunshine, that celebrates the diversity of women's voices and how many of the books that she celebrates are transitioning into adaptations on Hulu. “Those are the moments of optimism” Nygaard said, “but I'm still pretty critical of mainstream media. We have a long way to go.”

Along with a dynamic portfolio of research, Nygaard is co-authoring a book titled, "Horrible White People: Gender, Genre, and Television's Precarious Whiteness." The book examines the bleak television comedies that illustrate the obsession of the white left with its own anxiety and suffering and she is excited to share it with the public on November 24, 2020.

Besides her research and teaching, Nygaard is on the programming committee for the Rocky Mountain Women's Film Festival, the longest-running women's film festival in North America. The festival celebrates mostly documentary films and elevates unheard stories of women. “I’m just really impressed by the caliber and talent in this independent documentary space as a place for women to flourish,” Nygaard said, “but I wish we could see a bit more of that happening.”

When asked what was on her quarantine watchlist, Nygaard’s interest in film and critical analysis is reflected by one of her current favorite shows, “Lovecraft Country.”