When Colorado Public Radio (CPR) released their annual voter’s guide in October 2020, the Department of Media, Film & Journalism Studies got a mention for the work our students did in helping to pull the guide’s research together. The partnership is a fitting tribute to the station’s history, given that the station, which was founded in 1970, was originally licensed to the University of Denver. More than 150 undergraduates and four professors in both MFJS and Political Science departments helped with the project, as did the Estlow Center for Journalism and New Media and the University’s Center on American Politics.

According to CPR news director Rachel Estabrook, the CPR voter’s guide is “the most popular thing Colorado Public Radio has ever done.” CPR audience editor Jim Hill said that its main purpose is to “ensure that democracy works like it’s supposed to here in Colorado.” Released within days of the ballot’s arrival in Colorado homes, it was designed to help Colorado voters “make the hard choices on the ballot this year,” Estabrook stated.

MFJS graduate teaching assistant T. Michael Boddie provided leadership in the coordination between the University of Denver and CPR. He emphasized the importance of the guide, “People simply need an easily digestible breakdown of the people who might be their leaders and where they stand on important and pressing issues.” The voter’s guide was broken down by candidates, amendments and propositions, and DU students were tasked with researching the candidates’ positions on issues such as climate change, gun controls, health care and other hot button concerns like immigration and the Black Lives Matter movement. They then ranked the candidates as “in support of,” “against,” “it’s complicated” and “no information available” in relation to various policy positions.

This election season was the first time that many of today’s university students were able to vote. Participating in the CPR project provided students with a firsthand opportunity to research the candidates and issues and to share that knowledge with their broader community.

The guide was available through election day on the CPR site.

Read more about its creation on the CPR site and in the University of Denver’s news report. 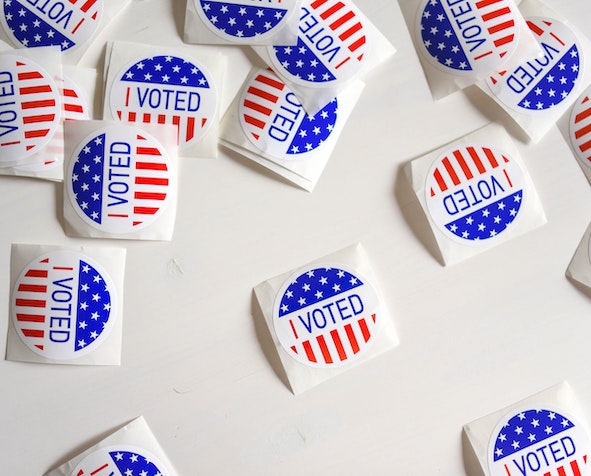