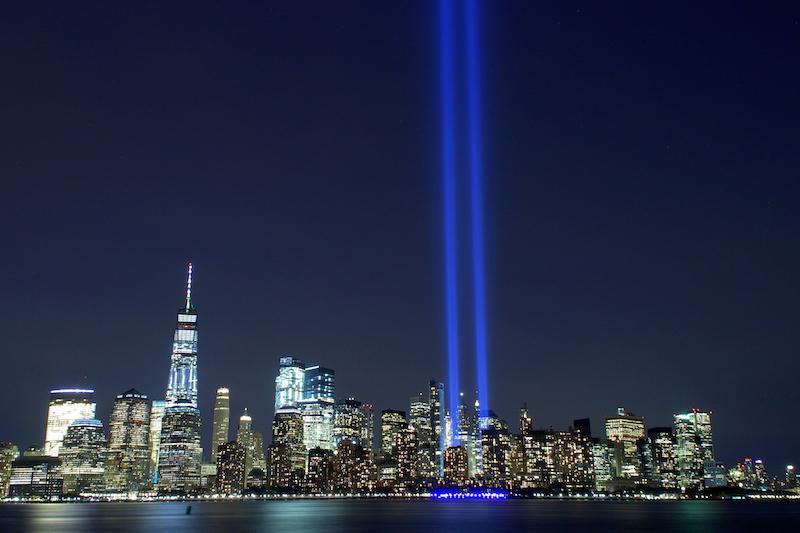 This Saturday marks 20 years since the Sept. 11 attacks on America, when four planes were hijacked simultaneously and crashed into the Twin Towers of the World Trade Center, the Pentagon and a field in Pennsylvania, killing nearly 3,000 people. The DU Newsroom asked some DU professors to reflect on what it was like to be in the Pentagon that day, how the attacks changed U.S. politics and flight security, and the psychological impact of reliving the day through news coverage and images of the towers crashing down.

Daniel College of Business professor Philip Beaver was working in the Pentagon on Sept. 11, 2001, when a plane hit his building.

What moments from that day stand out to you most two decades later?

Even though it's been 20 years, I remember every detail of 9/11 like it was yesterday. That's most likely from having gone through it so many times in my head since. But with all that resolution, a few events still really stick out as I think back on the attack. The first is running the wrong direction: The suction from the explosion blew my window in with the fireball that passed through the first floor (I was on the second) and realizing very quickly that I was going toward the real damage. The second was wondering why one of my civilian colleagues was acting so loopy. I helped her out of the building and handed her over to the medics, who were already doing triage. Turns out she had severe brain damage from the ceiling coming down on her head. Third was borrowing a friend’s cell phone and actually getting a call out to my wife--and having her call my boss’ wife to give her a status on everyone in the division who had gotten out safely before the phone went dead. And fourth, 6 miles into the 12-mile walk home, being picked up by three lawyers from the Arlington courthouse who told me they'd drive me anywhere I needed to go. Finally, seeing my family and knowing we were all safe!

What was the biggest change to U.S. politics from Sept. 11?

From the end of World War II until the early 1990s, the United States was basically on a Cold War footing, evaluating every foreign policy decision and even many domestic policy decisions as to whether it helped or hurt in the struggle against communism. We had roughly a decade when the U.S. seemed to be de-escalating. The 9/11 attacks brought us right back into war mode, where every decision was about whether it helped or hurt the U.S.’s struggle against international terrorism. The distinction between wartime and peacetime has become very muddled as a result.

Every year on Sept. 11, news channels replay the video of the towers falling, and other footage from that day is shared on social media. From a psychological standpoint, what’s the impact of seeing these types of images on repeat?

From the Twin Towers falling to the families on the makeshift rafts following Hurricane Katrina to the murder of George Floyd, the 24-hour news cycle repeatedly shows tragic and traumatic video images. Although the aim is to cover current events and bring awareness, these images can result in vicarious trauma. Researchers have found that repeated exposure to media images following 9/11 predicted physical and mental health problems, including posttraumatic stress symptoms, over time. While we want to acknowledge the tragedy (and) its ongoing effects, and honor the victims and their families, I encourage everyone to be mindful of how they consume media as we approach the anniversary of the 9/11 attacks.

Looking back on the past 20 years, how has Sept. 11 shaped our current airport security and air travel?

It is unfortunate, but sometimes horrific events occur that expose vulnerabilities to air travel.  During the early 1970s, after a streak of hijackings and terrorist events that included airliners, the Federal Aviation Administration instituted regulations that all airports providing commercial air travel had to create and maintain security checkpoints. These checkpoints had to be equipped with metal detectors that all people had to go through and areas to search all hand and carry-on luggage either by hand or using X-ray machines. The implementation of these security measures had the immediate impact of reducing the number of hijackings and terrorist actions involving commercial air travel.

The attacks on Sept. 11 exposed a similar vulnerability of airline travel that not all terrorists had to carry guns or announce they had a bomb to commit horrific terrorist acts. It only took a few determined individuals with simple weapons to take advantage of the vulnerability that existed between the cabin and the cockpit of the aircraft. It also exposed the fact that there were as many ways to operate security checkpoints as we had commercial airports in the United States and around the world.

Soon after the terrorist acts on Sept. 11, the FAA, in collaboration with commercial airlines and aircraft manufacturers, immediately required the strengthening of cockpit doors to reduce the possibility of a forced entry into the cockpit. In addition to strengthening this barrier in the aircraft, all pilots and flight attendants went through additional training to protect themselves, the aircraft and their passengers. If you have traveled lately, you still hear some of these protections in the onboard announcements where you are told that you cannot congregate in the galleys (forward and rear areas of the aircraft) while waiting for the lavatory.

The biggest impact on improving the safety of air travel was the creation of the Transportation Security Administration, an agency within the Department of Homeland Security. Both the TSA and the DHS were created in the aftermath of the terrorist attacks on Sept. 11. The TSA is responsible for the security of the traveling public, most notably air transportation. This had the effect of standardizing security practices at all airports in the United States, which not only included passenger screening, but also the screening of checked luggage.

Though the terrorists will continue to find ways to do us harm, we can rest assured that the FAA and the TSA as well as all other branches of our federal government are on the job looking to prevent them from succeeding.

For media looking to do interviews related to 9/11 on these topics, contact dumediarelations@gmail.com