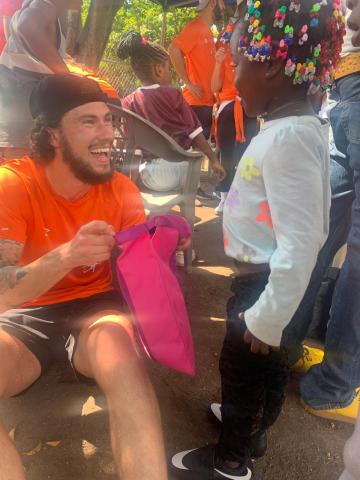 From the start, Jordan Schweitzer loved the idea. Shane Malcolm, his teammate on the Colorado Springs Switchbacks, had designed a sleek, fashionable cotton pouch to hold their soccer cleats. Schweitzer (BA ’16) was ready to jump on board and give the company, Bootbags, a kickstart.

But first, he had a question.

“Where is our heart?” Schweitzer wanted to know. “It’s an amazing product and I’m really excited to do this, but what’s the purpose? What’s the larger picture of why we’re doing this?”

In January, Schweitzer got his answer.

For four days, the University of Denver alum and standout midfielder traveled to Malcolm’s native Jamaica on the most rewarding business trip he could have possibly imagined. Together with the Soccer Shots children’s program, Bootbags handed out notebooks, pencils, backpacks and new pairs of cleats to 80 kids in need.

“Shane and I didn’t start this just to be successful from a traditional business standpoint,” says Schweitzer, who now plays for Phoenix Rising Football Club. “We wanted to make an impact. We wanted to learn and create an amazing product and connect with the soccer communities and communities we wouldn’t have been able to connect with otherwise.”

Bootbags is a way for Schweitzer to give back to a game that has given him so much. The Seattle-area recruit came to DU in 2012 and immediately found himself in the starting lineup. By his senior year, he was a co-captain and received a number of league and regional honors.

At the end of his senior season, Major League Soccer’s Seattle Sounders signed Schweitzer to a development league contract. Schweitzer left campus, but committed to finish his degree online. He would earn his bachelor’s in sociology, intrigued by the way a community can leave a mark on individuals. 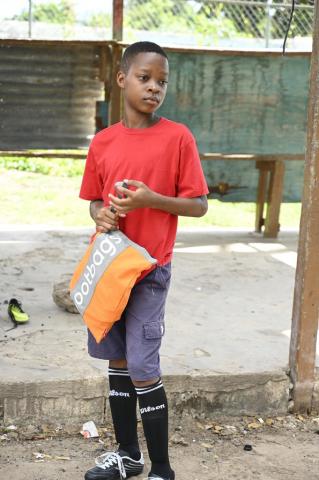 “With the men’s soccer program [at DU], there was always a history of giving back and being charitable, working with nonprofits,” he says. “As I got older, I wanted to take a larger part of that and take on a leadership role within helping out a community and giving back to a program.”

Schweitzer’s resumé is full of service-focused jobs and internships. He previously helped his cousin’s company, Mitt Wearables, promoting its prosthetic attachments. And he still serves as a brand ambassador for Crossbar, which uses profits from its soccer goals to build schools in developing countries.

“There are these companies that are starting to emerge that not only make money but have a heart,” he says. “I always wanted to start a company, but I never knew what that would look like. I think making money is great, but what’s the bigger picture?”

In 2018, when he was traded to the Colorado Springs Switchbacks, the details started to come into focus. He befriended Malcolm, who let him in on his idea to produce washable cloth bags that would keep mud and odors away from the rest of a player’s equipment.

What started as a car trunk-based storefront has grown into an internationally-reaching website. For every five Bootbags sold, the company will donate a pair of cleats. Plus, Schweitzer and Malcolm have plans for equipment drives and future international trips to spread the game that they love.

His No. 1 goal, Schweitzer says, is to increase sales — not to rake in more money for himself, but in order to donate more cleats.

“There’s a little more excitement about trying to make a sale when there’s a heart behind it,” he says. “We’re excited to let people know: ‘You’re buying this bag, and we love that you love it. But you might like even more what your bag and the money you’re paying for that bag does.’” 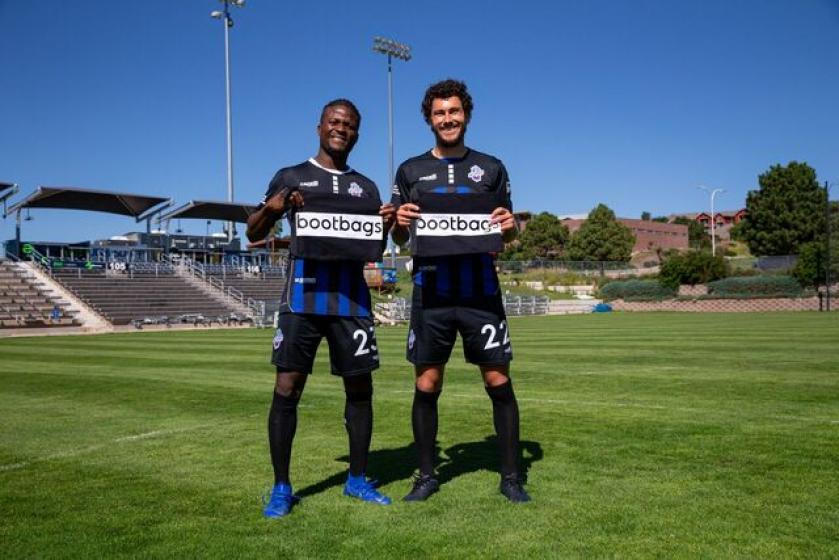 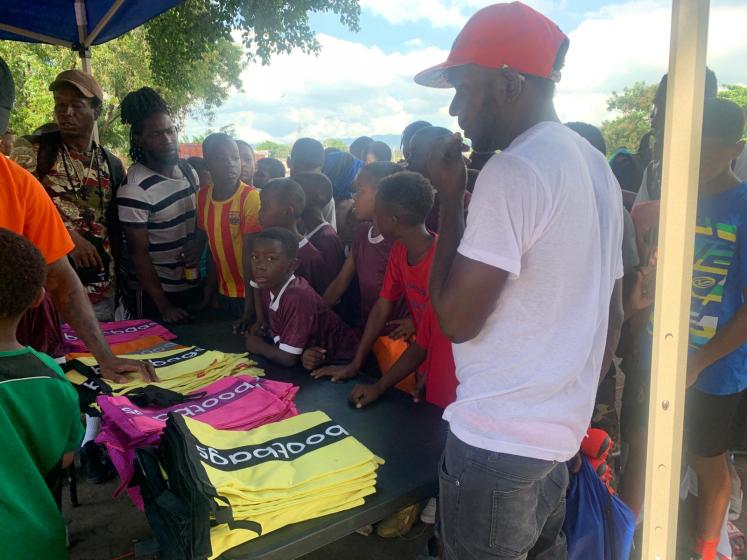 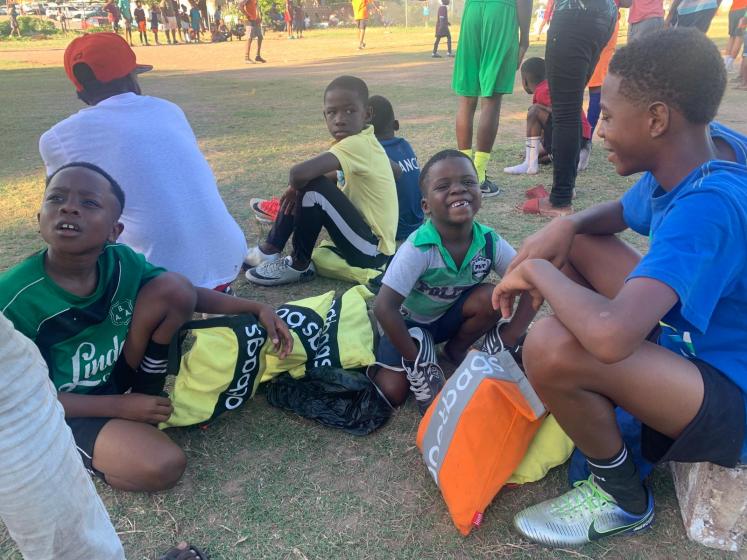 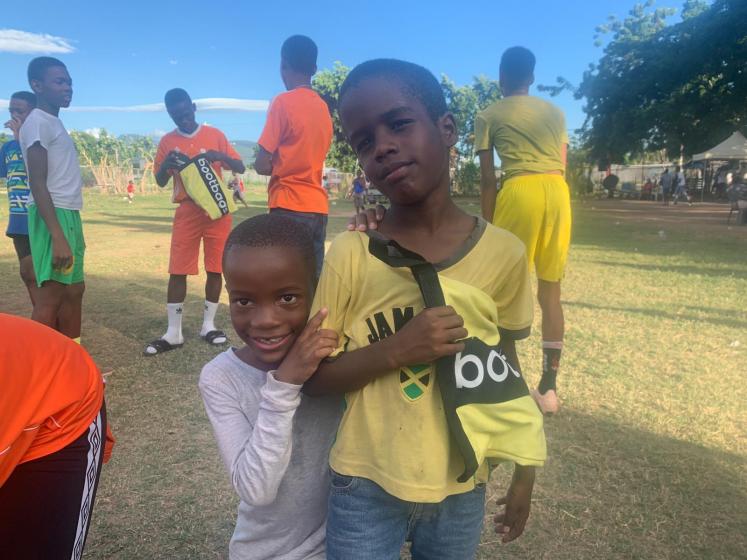 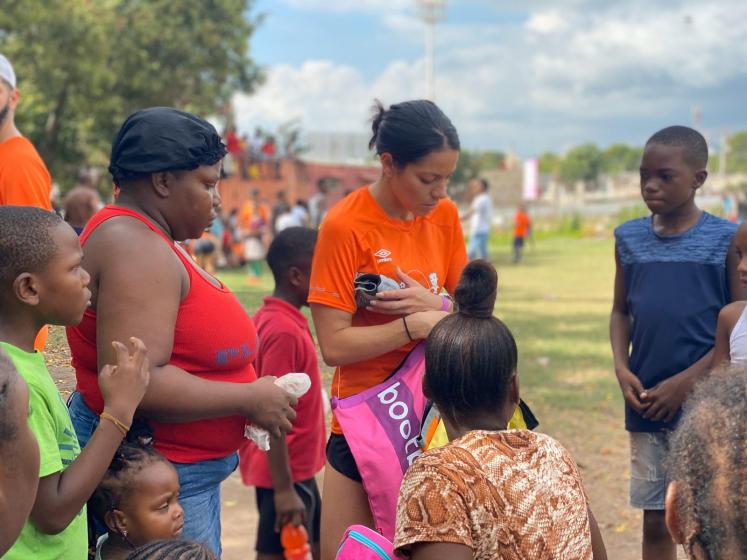