Turning a Long-Held Passion into a Future Career 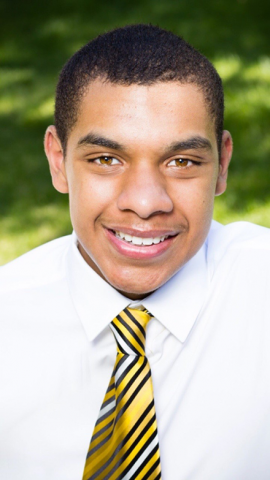 Sterling Foster dreams of making video games for a living.

“Video games have always been my passion for as long as I can remember,” the current University of Denver junior says.

As an Emergent Digital Practices major and computer science minor at DU, Foster is on his way to make that dream a reality.

Sterling said this unique program — a mix of the study of art, design, media, culture and technology — has allowed him to further consider the value of games, beyond fun.

“I love the narrative of games and putting myself in the characters’ shoes. I believe games have the potential to teach and get players thinking about social issues,” he says.

In a first-year course on writing and video games, Foster put the idea of game-as-teacher into practice when he developed a board game that focused on the social aspects of minimum wage.

“Academically, DU has given me the ability to do everything I wanted,” he says.

Outside of the classroom, Foster is active in several groups, including the Equity in Science, Technology, Engineering and Math, or “E-STEM,” program, a grant-funded initiative that creates pathways to academic success for students from historically underrepresented groups in science, math and engineering fields.

“I appreciate that DU prioritizes diversity inside and outside of academics,” he says.

For the past three years, Foster has volunteered with DU’s Black Male Initiative Summit, a program for 8th through 12th grade Black male students that promotes leadership, academic achievement with an emphasis on graduating from high school and attending a post-secondary institution, and community involvement while developing Black male identity.

A third-generation DU student — Foster’s grandmother and mother attended DU — Foster says the endowed scholarships he has received played a big role in his decision and ability to attend DU.

To past and present donors, Foster says, “I can’t thank you enough for what you’ve done for me and for other students who have been fortunate enough to attend DU through scholarships.”

Foster says he’d love to see any deserving high school senior be able to attend DU if they wish, regardless of finances.

“Donors make that possible for so many students,” he says.

As for his favorite video game? “If I had to pick, it would be ‘Batman Arkham City.’”

To learn about how your gift in support of scholarships can make a difference in the lives of students like Sterling, contact ScholarshipGiving@DU.edu.