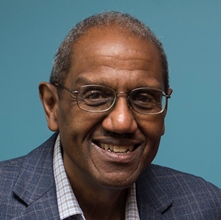 Dr. Arthur C. Jones, after a collective 27 years in the Psychology Department, Women's College and Lamont School of Music at DU, announced his retirement this year. The psychologist, award-winning author, former Associate Dean of the Women's College and Faculty Senate President leaves distinctive and long-lasting legacies in interdisciplinary academic areas and in institutional policies that touch every school in the University.

Within the DU community, Jones is perhaps best known for his work as president of the Faculty Senate between 2014 and 2016. During this time, the Senate developed the new Policies and Procedures Relating to Faculty Appointment, Promotion and Tenure (APT) that created the now ubiquitous lines for full-time, non-tenure-track faculty: teaching professor, clinical professor and professor of the practice. Jones, who spent his varied career at DU in non-tenure-track positions, spearheaded the initiative and worked to build faculty consensus. "It will create distinctiveness at the University that ultimately will aid us in the longer term," he says.

What Jones is known for outside of DU, however, is the subject of his lifelong passion and decades-long scholarship: the power and importance of African American music, especially spirituals. The Spirituals Project, with its educational, research and performance arms now housed at Lamont, is the culmination of this work.

That the project should come from Jones is both fitting and ironic, considering his background. It is fitting because he sang in children's choirs starting at the age of six, rehearsed and performed at New York City's most famous venues with the All-City Chorus in high school, later joined the chorus of Opera Colorado and even sang as a soloist with the Colorado Springs Symphony (now Philharmonic). It is also fitting because his brother, Ferdinand Jones, Professor Emeritus of Psychology at Brown University, is also an eminent scholar whose attention turned to writing and teaching about jazz. It is ironic because Art Jones' original career goals were twofold, in his own words: "One, I didn't want to be a practicing psychologist, and two, I didn't want to specialize in black topics."

His goals began to change during his time in the U.S. Navy in the early 1970s. As Jones says, "I learned a lot about racism, especially at Pearl Harbor." He noticed that there was a clear hierarchy based on race, with native Hawaiians at the bottom. Furthermore, he was received starkly differently depending on whether he was wearing his officer's uniform or civilian clothes. Jones began reading widely about African American history for the first time, and at the end of his naval service, he was assigned to a mental health hospital. To his surprise, he really enjoyed it—"I just loved the work!" Jones remembers. Upon his return to the University of Iowa, where he had already completed his master's degree, he switched to the clinical psychology track.

The genesis of The Spirituals Project seems in many ways like a case of serendipity, but Jones sees it more as fulfillment of a destiny. He succinctly describes a theory of Carl Jung, whose writings he was drawn to in the 1980s: "If you pay attention to your dreams, you can do the things that you were intended to do." At the same time that these dream theories were beginning to take hold in him, Jones was having frequent, vivid dreams about music of all kinds: orchestras, jazz bands, choirs, and more. He met a voice teacher through a friend and, on a whim, attended a performance class of hers. To his surprise, he was put on the spot and asked to sing during the class. Jones decided to sing Sometimes I Feel like a Motherless Child, and his connection with the teacher led to 14 years of voice study, choral singing and solo recital performances.

One such recital, a fundraising concert at Temple Events Center in 1990, connected him with a representative from the Denver Museum of Nature and Science. She asked Jones if he would give a presentation and concert for Black History Month, and out of nowhere he blurted, "Sure, I'll do a program about the hidden meanings in Negro spirituals!" After making this unexpected commitment, Jones found himself doing a lot of reading and making a lot of phone calls: while he was familiar with spirituals, he had not done any research on them. The experience, both in scholarship and in musicianship, was transformative.

"I was totally taken by how it felt to sing a whole program of spirituals," Jones recalled. "I had all these emotions"—emotions that had come out of the songs, he realized—"but I didn't know what to do with them. I knew that I had tapped into something that wasn't going to be a one-time thing." His mentor at the time, Vincent Harding at the Iliff School of Theology, encouraged Jones to do something more, so he decided to write a book. It was the perfect fusion of his inquisitive academic and passionate musical sides; as he describes it, "These songs that I was doing, this is the bedrock of African American culture...It felt like a calling."

Wade in the Water: The Wisdom of the Spirituals was published by Orbis Books in 1993. Jones started traveling with his pianist, Ingrid Hansen Thompson, talking about the book and presenting their revamped spirituals program all over the country. "I was on a mission of sorts to educate people why these songs were important," he explains. Eventually, the project grew larger, became incorporated as a federal non-profit organization and, in 1998, The Spirituals Project Choir was born. In short order, word of the project spread and reached the ears of Denver composer John Kuzma. He wrote a piece for the choir based on the spiritual "Balm in Gilead," which they performed with the Colorado Symphony and, in 2001, at New York's Carnegie Hall with participating singers from all over the U.S.

Integrating the growing Spirituals Project at DU had early support from then-Dean Gregg Kvistad, who gave the organization an office in Sturm. Seeing how closely the goals of the project aligned with those of the University, particularly with regard to inclusive excellence, Chancellor Chopp embraced Jones' proposal that the project become formally associated with DU. He remembers Chopp asking, "Why would we not do this?" Now in the hands of Lamont faculty member M. Roger Holland, II, Jones is excited for the future of the organization.

Students at Lamont can now take courses on African American sacred music and will soon be able to sing in The Spirituals Project Choir for credit. The Bonfils-Stanton Music Library will be used to archive rare documents and other spirituals-related materials, and the project's website, Sweet Chariot, will get a reboot. This year, a symposium and concert, "Spirituals and the Blues," began the first three-year cycle of programming that will establish The Spirituals Project as a nationwide hub of musical and scholarly activities. Next year will feature a choral festival with invited choirs from around the country led by renowned conductor and composer Roland Carter, and the following year will see Lamont host a national conference with invited speakers and a call for presentations. "This elevates Lamont—there's not going to be any other music school in the country that has something like this. And in terms of diversity, this is a concrete expression of it," said Jones.

As for his retirement, Jones is excited to embark on his first-ever sabbatical, much of which will be spent in an intensive education program called The Living School, operated by the Center for Action and Contemplation in Albuquerque, NM.

"It will help me be spiritually centered in order to prepare for significant action in the world," including doing more writing, Jones expects. He has immensely enjoyed his time at DU, but adds, "At every stage, I've known when it was time to do something else. It's time."

Beyond the myriad influences, large and small, that Jones will leave the University of Denver, he offers this bit of parting wisdom: "If you're doing what you're supposed to be doing, the world opens up to you."