Our graduates are Lamont's encore around the world. They perform on stages from The Metropolitan Opera to London's West End, edit scores for major motion pictures and conduct in concert halls from Europe to South America.

Connect & Network with Alumni from Lamont and Across the University

One career path alumni can consider is arts administration. Many of our alums have gone on to enjoy fulfilling careers in a variety of administrative and managerial roles.

While alumni find success in opera companies, orchestras or other performing groups, other areas where you can find performing jobs include churches or synagogues, military bands and the cruise industry.

Lamont graduates teach in many areas outside the traditional K-12 programs. Many have thriving performance studios, lecture in colleges and universities and give master classes around the world.

Are you interested in continuing your education with a Lamont masters program, artist diploma, or certificate? Our Office of Admission is here to assist you. Find out which programs are right for you.

The DU Job Board is stacked with jobs posted by alums, community members and local and international employers. Stay up to date on the most recent opportunities in your field.

In addition to support from the Lamont School of Music, alumni have access to DU's alumni services. 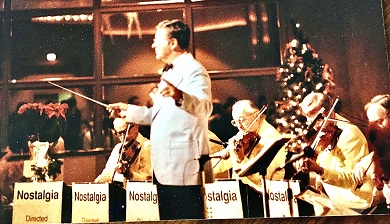 Stewart “Lloyd” Bowen (1922-2020) had a long and varied musical career and performed with many notable musicians.

It’s the dream of every aspiring opera singer: to appear on stage at the Metropolitan Opera in New York.

The Lamont School of Music has named Chinese opera luminary Hao Jiang Tian (MA ’87) as the recipient of its inaugural Distinguished Alumni Award.