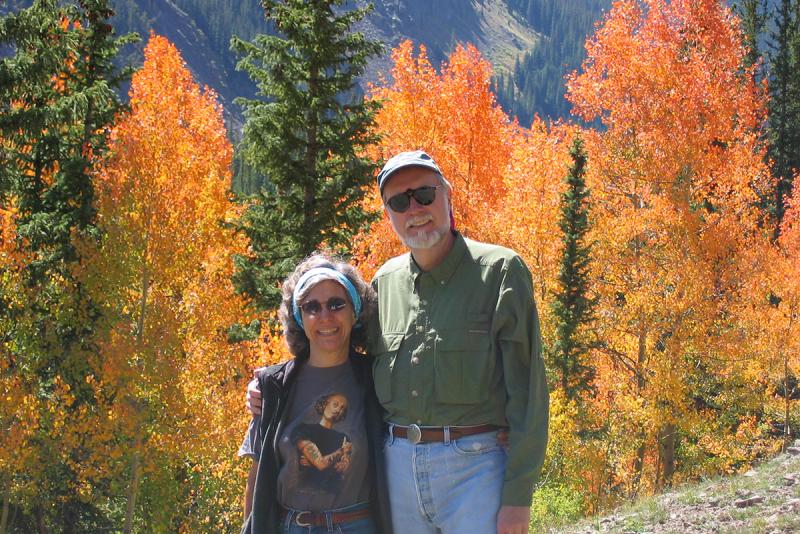 Susan Fayad’s love of music began in force when she met her husband, David Brunell, 35 years ago. They both worked in the library sciences, and later relocated to Colorado when David was appointed Director of the Bibliographical Center for Research. Susan, meanwhile, played an important role in computerizing Colorado’s library systems throughout the 1980s and 1990s.

The couple’s work made it possible for smaller libraries throughout the state to have the same access to knowledge that cities had. Susan described it as, “It started out with the idea that we could share resources if we knew what each library owned, and it became, ‘Why can’t any person anywhere in the state get what they need in terms of information?’ ”

All the while, David’s love of music was rubbing off on Susan. He was particularly fond of chamber music, having played the cello in college. She reflected, “He absolutely adored music of all kinds. I enjoyed it too, but I didn’t have much background in classical music.”

Along the way, they discovered the Lamont School of Music. They lived just on the other side of I-25 from campus, and found that it was much easier to come to performances at DU than to go downtown—and less expensive, too. They especially enjoyed coming to student recitals. “We came in our jeans to hear good music,” said Susan. “We found it to be an incredible resource, especially when we retired.”

David passed away in February 2020—right before the beginning of the COVID-19 pandemic and the associated lockdowns. Susan thinks of this period as “lost time, a dark time,” when she wasn’t able to properly grieve the loss of her husband. Music remained a bright spot for her, and she was grateful that Lamont streamed live performances on YouTube.

They were finally able to have David’s memorial service in June 2021, and that’s when Susan started thinking about a way to honor him that would be most meaningful.

She decided to set up a scholarship for Lamont cello students in David’s memory. “I hope that students who might otherwise not be able to can study music and then give that love back through their music,” said Susan. “We always treasured that so much when we came to concerts, and it’s something we think is so important: to have the beauty of music in people’s lives.”

Susan had the chance to meet one of this year’s recipients of the scholarship, Sabrina Towne, at a recent performance by cello faculty member Matthew Zalkind. “She was just a lovely person, and obviously so talented and smart,” she recalled.

When asked what David might have thought of the scholarship, Susan said, “This connection to younger people is something he would have so appreciated. He would be incredibly proud.”

Susan is very much looking forward to the upcoming in-person performance season at Lamont. She exclaimed, “I’m just ready to get back out into the world!”