Loosineh Markarian, PhD, a 2009 alumna of the MA in international and intercultural communication, is rebellious. An Armenian and Iranian woman, she was born and raised in Tehran, Iran, where she received her undergraduate degree in media studies at the University of Tehran. Despite an advisor telling her to refrain from studying politics, that is precisely what she did. As an Armenian woman, she was told that she would not find any jobs in Iran in politics. 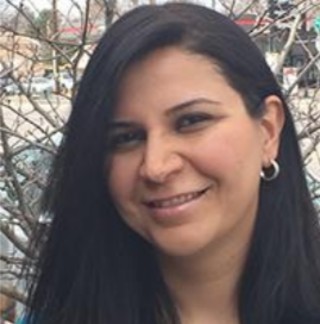 However, this only solidified her resilience and her dedication to the subject. After focusing on politics and media in Iran, she met Professor Lynn Schofield Clark of the Media, Film & Journalism Studies department at a conference organized by her university. Clark then invited Markarian and a friend to a conference in Sweden, where they were offered scholarships to continue their studies at the University of Denver. There, she learned about the international and intercultural communication program.

Markarian applied and was accepted to DU in 2007, where she continued her studies of politics and communication. She learned critical thinking skills in her classes and attended a Columbus Day Protest where she learned about Native American perspectives on the holiday. With a wide range of learning experiences, she says that there were topics that were uncomfortable, and made her feel defensive at times. However, she enjoyed the intellectual challenge.

"I still revisit some of the topics I learned in the IIC program. It's been a constant process of unlearning and relearning ever since." During her time in the program, she also worked with Clark on the women's movement and the democratization in Iran. Interested in expanding her knowledge, she decided to pursue a PhD.

"I was motivated by two factors: [first,] I was curious to learn the political science literature on the topic, and [second,] I had been receiving messages from the society that I shouldn't study politics. So, I did what I had been told not to do: I applied to IR and political science programs."

After completing her MA in international and intercultural communication, Markarian was accepted into the PhD program in international politics at the Josef Korbel School of International Studies in 2010. Her dissertation focused on the impact of economic liberalization policies on the power of economically-active militaries in Iran, Egypt and China. She argued that the behavior of the militaries changed as a consequence of economic liberalization policies and observed that certain reform policies had a greater impact than others on civil-military relations.

During her doctoral studies, Markarian was also an adjunct professor, teaching a course on intercultural communication for the MA in international and intercultural communication program and a course on politics of development at the Josef Korbel School. She had been intending to stay in the United States when Armenia experienced a regime change following a peaceful civil resistance. This motivated her return to Armenia.

Currently, Markarian is living in Armenia, closer to her family and friends from childhood. She says that nothing is better than living in a newly democratizing state.

"Every day, I learn something new about the process of state-building and institution-building in a transition state. I see what I've read in books, and that's intellectually rewarding."

Since returning to Armenia, Markarian has been involved in local politics. She has recently been an election observer for the city council as well as for the snap parliamentary elections. She is also working on several personal projects.

Her mantra, which she has followed throughout her life, and continues to follow, is this: Never let the expectations of others define who you should become!