His film, "Trails of Hope and Terror," a project that spanned seven years, discusses the reasoning behind and the politics surrounding immigration, and seeks to unravel the historical events that have led to its current state. De La Torre earned his BA in film studies and production from the University of Denver in 2013. He has worked as videographer for the National Park Service, executive producer of GameMakers at CalArts, creative art director at DLT Creative Productions LLC, and as a digital media instructor at DU. 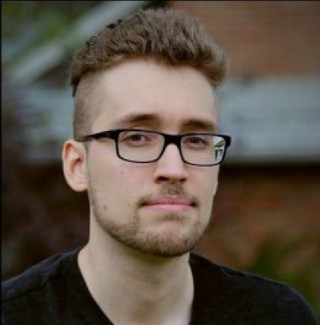 "'Trails of Hope and Terror' helps give a voice to the voiceless," De La Torre said when asked about the heart of the documentary. "As a Latinx I have been given an opportunity and want to give back to my people who consistently suffer and go without," he added when discussing his source of inspiration for the film.

"Trails of Hope and Terror" is an award-winning film, taking prizes at the CINE MIAMI FEST, Mediterranean Film Festival Cannes, (In)Justice For All film festival, United Latino International film festival. It was also a USA film festival finalist. "This...project has evolved in ways I could have not imagined. I would recommend to always keep an open mind, explore new options and always keep the camera rolling."

When asked about his time at DU, De La Torre warmly reflected on the relationships he began during that period of his life.

"I fondly remember and am deeply grateful to Dr. Deb Ortega and the Latino Center for Community Engagement and Scholarship (DULCCES), a gratitude I express in the closing credits of the documentary."

For De La Torre, the march to give back to his community is not done.

"Most of my current work is in CGI, Augmented Reality and Virtual Reality dealing with the topics of immigration, racism, and identity," he said.

"I have been very grateful to pursue the opportunity to obtain my MFA at CalArts, to receive multiple international and national awards including those from humanitarian organizations, and I've been fortunate to have been a participant on the Walt Disney Imagineering CalArts Initiative."

He also had advice for current students, especially ones at a disadvantage. "To students who have or are currently struggling to even stand up at the starting line with their fellow peers, know that you are not alone and to never give up."

"There will be many obstacles in your career path as others tear you down and prevent you from accomplishing your dreams," he acknowledged, but went on to say, "That is why I strongly recommend to work ten times harder than everyone else at everything you do for absolutely everything."