Baton Changes Hands at the School of Music 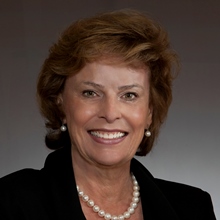 It is a time of transition at the Lamont School of Music. After seven years of steadfast leadership, Director Nancy Cochran will retire in August, and Keith Ward will become the new director effective August 1.

During her tenure, Cochran raised more than $4 million for Lamont music students and programs. A donor-established graduate scholarship endowment in her name will benefit music scholars for years to come. Additionally, Cochran expanded staff positions and faculty lines by a third, swelling Lamont's ranks with even more internationally recognized performers and researchers.

It is this last point that makes Cochran glow. "I am most proud of the outstanding faculty and staff hires we have made during the past seven years," she said.

Having spent her career in the arts, Cochran has seen the field of music, traditionally the most conservative of the performing arts, become a larger and more inclusive place.

"I celebrate the fact that music is becoming more global and embracing the musical traditions and styles of many parts of the world," she said. This is borne out in the makeup of the students at Lamont. According to Cochran, "The fall 2018 incoming class represents 11 countries and more than 40 percent identify themselves as nonwhite."

Cochran is excited for the next chapter. In addition to spending more time with her children and grandchildren, the avid hiker says that she relishes the opportunity to spend more time in nature.

"I plan to continue to enjoy the beautiful Colorado outdoors and do my best to huff and puff up a few more mountains," she joked. 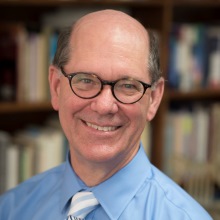 Taking the helm, Ward brings a wealth of experience from his decades-long career as a pianist, teacher and scholar, and from his 19 years as director of the School of Music at the University of Puget Sound.

"I've known about the Lamont School of Music for some time," he said, "and have admired the program, both for its quality and breadth. [It] is an excellent, well-established program."

What lies ahead for Lamont under Ward's leadership? "I would want to explore ways to elevate its prominence and to respond proactively and distinctively to the current demands upon music in higher education," he said. "I am interested in exploring possible collaborations, whether they be through courses, courses of study, colloquia, symposia, or other ways that are supportive of the University's mission."

Ward stresses that his first goal, before enacting any broad changes, is to learn more about Lamont by listening to its faculty and students, and "becoming part of the Lamont community."

Once settled, Ward is excited to take a page from Cochran's book by venturing into Colorado's mountains.

"My wife and I recently enjoyed a trip into the Rockies and relished their beauty. They are a different scale from the graceful Cascade Mountains we know in the Pacific Northwest. It's clear we have many day hikes ahead of us!" he said.