Cross-disciplinary Team Gets Grant to Tackle Prison Reform in Colorado 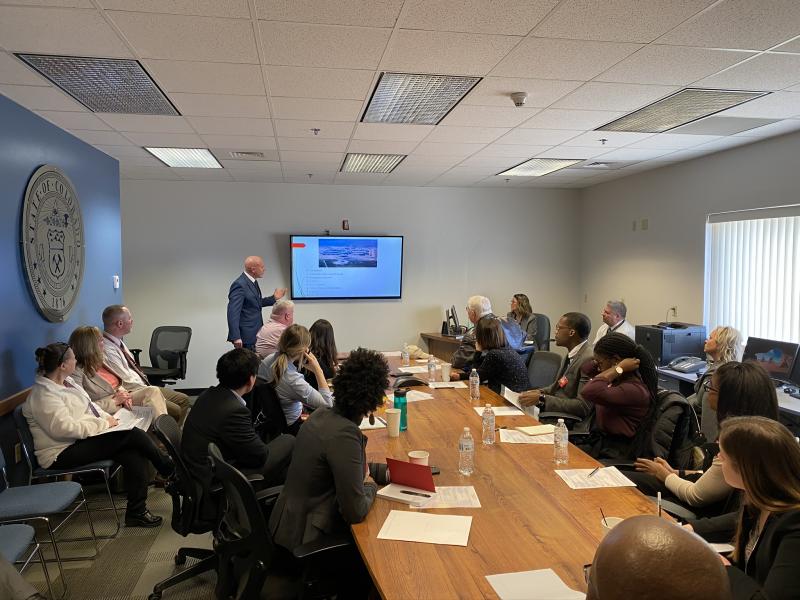 In Colorado, efforts to advance prison reform are getting a big boost from a University of Denver research team funded by a $200,000 grant from the Urban Institute’s Justice Policy Center.

The effort promises not just to change the way the world views prisoners, but also to provide a reform blueprint for incarceration systems across the country.

“[Correctional] systems have been so isolated for so long and so politically walled off from the rest of our culture that we haven’t really had reasonable conversations about them up until this era,” says Jeffrey Lin, an associate professor in DU’s Department of Sociology and Criminology who is joined on the cross-disciplinary project by Shannon Sliva, assistant professor in the Graduate School of Social Work, and Ashley Hamilton, assistant professor in the Department of Theatre. Through the grant, the team joins a consortium of research groups in four other states as part of the Prison Research and Innovation Network.

The goal, Sliva says, is to “employ community-engaged research to elevate the voices of people who are confined in prison and work in prison as a means of improving the well-being of people inside these facilities.”

The trio will conduct their research in Sterling Correctional Facility, the largest prison in the Colorado Department of Corrections system. Sterling is known for reform-minded practices and projects, including:

Among its many goals, the DU team aims to measure the efficacy of such initiatives and understand their impact on a human level. To do that, the researchers will work with Sterling administrators, staff and inmates to identify additional goals and design a research plan that identifies areas for improvements, innovation and adjustments.

The system itself will be a strong agent. As part of the grant, Sterling will hire an innovation director to help lead change.

The DU work, already in progress, will include administrative data collection and onsite ethnographic observations. It will also seek to be participatory through surveys, interviews and focus groups to ensure often marginalized voices are heard and taken into account.

“It is important to us to not be these scientists who are coming in with our instruments and studying them and then taking the things we observe about them out into the world and using them for purposes that may be disconnected from what would actually benefit them,” Sliva explains. “And, because they are the owners of that information and they choose to share it with us, it should always be accessible to them.”

“Shannon brings this very restorative, humanistic, person-oriented perspective to the work, and I’m the opposite. I come in with a bird’s-eye view. I’m a statistician first and foremost. Ashley is working with these guys all day long and knowing them on a real human level. She shares the messy reality of what these guys are thinking and feeling and what that means to them,” Lin says.

For all the differences in their approaches and perspectives, Lin says they share a desire to show incarcerated people in a new light. “One of the goals is to really break down the walls of stereotype between inmates and people on the outside,” he says. “If you don’t work in the field, you really have no sense of what daily life is like in a prison. So part of our key goal is to humanize prisoners.”

Though initial research is slated to take about six months to one year, the team hopes their work will inform future research and reform initiatives across the nation.

“There is growing focus on action research,” Sliva says. “How do we get this work we are doing outside of the confines of the ivory tower and outside the confines of journal articles behind paywalls? How do we actually do work that makes a difference to the community? The long tradition and history of science was not just to advance knowledge, but to advance knowledge with the purpose of improving society.”

Sliva believes reforming the U.S. correctional system would advance this purpose significantly. “I think that our current system of imprisonment is one of the most significant civil rights issues of our time,” she says. “Our goal is to bring groups together to have meaningful, collaborative communications about what justice looks like to us as a community and what kind of world we want to build and take steps toward it.