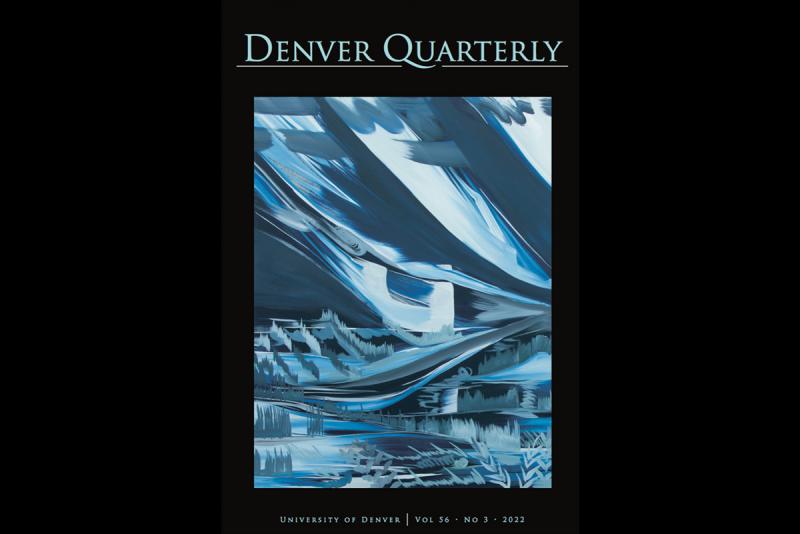 Denver Quarterly, the literary journal housed in the Department of English & Literary Arts, received a grant from the Amazon Literary Partnership and the Community of Literary Magazines and Presses (CLMP).

In a collaborative project between the Department of English & Literary Arts at CAHSS and the Department of English and Literary Studies at the University of Western Australia (UWA), the groups will support new works by Native American, Indigenous and Aboriginal writers, with an emphasis to work with the Arapaho and Cheyenne people, addressing Indigenous rights and environmental justice in each university’s respective literary journals, Denver Quarterly/Fives and Westerly.

The Amazon/CLMP grant is the most significant grant the journal has received, putting Denver Quarterly in good company with the Paris Review, Gulf Coast, Narrative magazine and others.

The journal, founded by novelist John Williams in 1966, is known for publishing work that challenges convention, imagining a more diverse and inclusive future.

Professor W. Scott Howard took over as editor in 2019, though he’s been a longtime reader of the publication. In 1991, he picked it up at work – the legendary Powell’s Books in Portland – where he co-managed the small press and journals section.

“It’s like getting in touch with an old friend. I care deeply about literary journals,” he said.

Before pursuing a PhD in English and Critical Theory from the University of Washington, Howard spent three years working at Powell’s, soaking up every aspect of the literary world. Most importantly, he says, he learned how “the work lives in the midst of innumerable intersections among writers, readers, and editors; artists, designers, printers, distributors and booksellers – the exuberant precariousness that each publisher embraces.”

The partnership between DU and UWA began in 2020 through Maik Nwosu, chair of the Department of English & Literary Arts. Over the past five years, Nwosu’s worked to build the faculty exchange program, connecting English professors at DU with English programs across the globe.

In 2020, Catherine Noske, editor of Westerly and professor at UWA, was set to teach a course in Denver. Similarly, Billy Stratton, associate professor of English, was going to teach in Australia.

The pandemic changed those plans.

While that partnership was put on hold, new ideas began to brew. In 2021, Howard and Noske imagined a collaborative effort between their literary journals centered on bringing Native American, Indigenous and Aboriginal writers and storytellers together.

“I am really looking forward to seeing the mix of submissions come in for our issue and beginning to understand better how these themes and questions are viewed differently in America as opposed to Australia. That moment when you first encounter something truly unexpected and exciting in a new work is exactly why I love my job. Knowing we have the funding to support this work, and believing entirely in the importance of it, makes this all the more satisfying,” Noske said.

For this project, Stratton, who also serves as the special advisor to Chancellor Jeremy Haefner and Provost Mary Clark on Native American partnerships and programs, will serve as Denver Quarterly’s guest editor.

“Dominant histories have worked for far too long to erase, silence and marginalize the perspectives of Native, Indigenous and Aboriginal peoples and destroy their languages and traditions. Such storytelling is of inestimable value and serves as a vital corrective to oppressive regimes of power and the ongoing cultivation of historical amnesia,” Stratton said.

The collaboration will provide editorial and writing workshops, curriculum development and instruction and public readings.

And in summer 2023, Denver Quarterly and Westerly will publish the portfolio of new works, amplifying the cross-cultural message of inclusion.