This article originally appeared in the summer issue of University of Denver Magazine.

Alexis Hermosura was at the threshold of a tech industry career when she did an about-face.  With a bachelor’s degree in computer science, and with minors in Japanese and mathematics, the 2018 University of Denver graduate couldn’t shake the feeling that computer science was not right for her.

“When I faced my truth head on, I accepted that going into the tech industry as a software engineer or data scientist was just not a good fit for me,” says Hermosura. “What I had left was my knowledge and experience of Japanese.”

Hermosura grew up in a household that spoke English and Tagalog, a Philippine language. “Though my parents never taught me any Tagalog, simply being around a second language has always been so captivating to me,” she says. 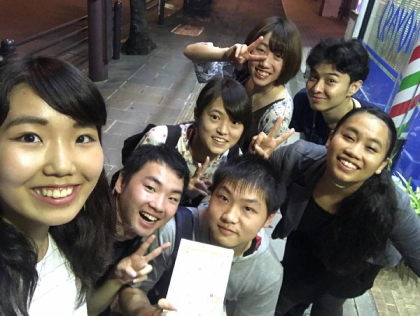 As a language student, Hermosura took advantage of DU’s longstanding commitment to fostering cultural connections by participating in a study abroad program that allowed her to immerse herself in the culture of Japan. She spent six months at Nagasaki University of Foreign Languages Studies, while working part time as a teacher at the Estaminet English School.

“Learning a foreign language and studying its culture allowed me to see the world with a wider perspective,” Hermosura says. “It placed me in scenarios that made me more appreciative of diversity and sharing one’s culture, and more importantly, it offered me unexpected friendships with people from all over the world.”

Experiences like Hermosura’s are baked into DU’s holistic undergraduate programming. In fact, the core curriculum requires students to take 4–12 credits in a language other than English. To help them make the most of this opportunity, the University’s Center for World Languages and Cultures (CWLC) oversees the first-year language curriculum and, CWLC director Virginie Cassidy says, administers a placement test to incoming students to determine the level of instruction.

The undergraduate common curriculum language requirement, also known as FOLA, is described as “Proficiency Plus,” with “proficiency” being the first year of a language and “plus” being the university-level intensity of studying a language.

“The FOLA Proficiency Plus requirement aims to have students experience seeing the world through another perspective and encourages them to study abroad,” Cassidy says.

Recent graduate Katarina Guettlein majored in both art history and Italian. She began her degree in art history, but she soon discovered that Italian enriched her learning. 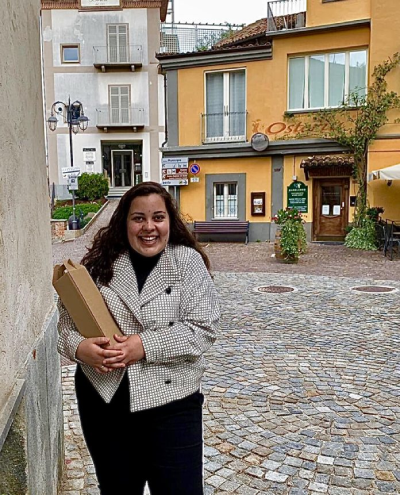 Guettlein studied abroad in Torino, Italy, and believes that if you want to travel, study or live in another country, it’s imperative to learn the language. “I do not buy into the ‘they speak English everywhere’ mentality,” she says.

“One of the most exciting things about Torino is that it is not a tourist destination, so if you want to get by in the city you really must develop some Italian speaking skills. For me it was particularly lovely to be immersed in a culture that adores art and history,” Guettlein says.

With an enhanced love of the Italian language and culture, Guettlein came back to DU eager to share that enthusiasm with other students. She joined the CWLC Student Ambassador program in which upper-level students share their experiences with first-year language students. The program is designed to help first-year students see the value in studying languages and cultures.

That message is much needed. As Cassidy notes, many students enjoy language learning, but they don’t consider it a practical course of study. In fact, Cassidy has heard from students who say they don’t need to study a language because they aren’t planning to leave the U.S.

That type of cultural understanding is important, says Rachel Walsh, chair of the Department of Languages, Literatures and Cultures (LL&C), adding that COVID-19 has brought to the forefront the pivotal role of international cooperation.

“The University of Denver’s commitment to global education underscores the vital nature of linguistic and cultural studies in a moment when the future depends so much on our global interconnectedness,” Walsh says.

But in recent years, many colleges and universities have cut back on their programs. According to a January 2019 Chronicle of Higher Education story, citing a report from the Modern Language Association, colleges closed more than 650 foreign language programs between 2013 and 2016.

DU’s programs, however, are thriving. Many students come to DU for study abroad opportunities and immerse themselves in a language and culture that inspires them. Programs include Arabic, Chinese, French, German, Hebrew, Italian, Japanese, Latin and Russian through the Department of Languages, Literatures and Cultures. Spanish is offered through the Department of Spanish Language, Literary and Cultural Studies.

“Committing to immersing yourself in another culture is the best way to get the most of your college experience,” Walsh says, adding that LL&C’s holistic educational experience sets the stage for students to become the next generation of informed international citizens.

“Now is not the time to reduce or eliminate opportunities for cultural understanding,” she says. “Critical thinking, adaptability and [a] growth mindset are a few of the core competencies that our students acquire while majoring and minoring [in a language]. Employers actively seek out candidates who have acquired these competencies.”

In addition to overseeing the first-year language curriculum, the Center for World Languages and Cultures provides free language tutoring for all DU students. The CWLC also facilitates non-credit study options for students who want to brush up on their skills or learn a less commonly taught language in preparation for an international experience, Cassidy says.

For instance, a student may take a language course in preparation for an internship abroad. The student would be paired with a language partner, and the two would determine the objective and direction of the course, with guidance from the CWLC. Students have studied Portuguese, Swahili, Korean and Swedish through these courses.

Once Hermosura decided to change careers, Japanese became the focal point of her ambitions and motivations. She looked for opportunities to use her language skills professionally. That’s when her sensei from the Japanese program, assistant professor Orna Shaughnessy, serendipitously emailed her a career opportunity to become a Japanese language specialist for WorldRemit.

“Though I am no longer an employee of WorldRemit, my foreign language helped me kickstart a career I honestly hadn’t planned for, and I am very grateful that it did,” Hermosura says.

Following graduation, Guettlein hopes to return to Italy to attend a university in Pollenzo, where she will study sustainability and gastronomy before starting a career aimed at ending food insecurity for underrepresented populations.

Closer to home, Walsh notes, DU has answered a November 2020 international call to action, issued by five major academies of nations where English is the primary language. The plea reminds educators that the mastery of languages builds understanding and connections: “A renewed commitment to multilingualism within society, and to languages within education, is critical to preparing present and future generations of citizens who will be responsible for building international collaborations and fostering harmony at home.

“We are at the forefront of understanding this assertion and for supporting language and cultural studies here at the University of Denver,” Walsh says.