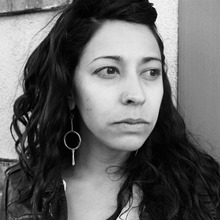 On a Saturday night in Bangalore, India, Serena Chopra found herself comfortably swapping stories about life and family with a group of new-found friends—women and men with whom she could relate. She had traveled eight thousand miles from her home in Colorado on a Fulbright grant to better understand the experiences of queer women and transmen and how they are at odds with Indian familial traditions and social and political expectations.

She was on a quest to better understand how her own experience as a lesbian affected her relationship with her Indian father. Through conversation and observation, she began to understand the cultural boundaries in which these women and transmen were living, and how they dealt with similar issues she faced with her father.

"I had asked him so many times to accept me and understand me, but I really didn't understand him, and so on this level, my Fulbright was a personal journey too," she said.

Chopra (PhD, '18), a recent graduate in DU's creative writing program, sees queerness as everything that troubles dominant culture and norms, rather than something that is tied solely to sexuality. She sees her work as a writer, poet and artist as inherently queer—that is, an unpredictable form of expression and experimentation, a challenge to the powers that be.

Pursuing her PhD has allowed her the time, space, resources and mentorship with which to experiment, explore and hone her craft. She has had the opportunity to deepen her research through a Fulbright grant, teach and mentor her own classroom of students as a professor, and publish two books, with two more in the works.

"My time at DU has taught me how to think creatively, how to respect my passion for writing and how to acknowledge its significance. I am more confident in my process and my work thanks to many of the conversations I had in the classrooms of Sturm Hall," Chopra said.

"I am grateful for my relationship with professor Selah Saterstrom, who has nurtured my practice and whose vulnerability and love have inspired my pedagogy. I have been so blessed to have had the opportunity to have her eyes and ears and heart with my work," she added.

Taking what she has learned, combined with her research in India, Chopra has begun work on a new book in which she examines the troubled relationship between her father and herself. She looks at the similarities they share as queers within dominant American culture: his "queerness" being an immigrant, and her queerness being a bi-racial, first-generation femme lesbian.

By pointing out their shared queerness, Chopra hopes to unite them as having shared identities and to heal the fracture between them. This book is her attempt to break down the walls that society, politics and culture have built between her and her father and to make possible a relationship of understanding and empowerment, a relationship open to new possibilities.

"The work I am doing presents queerness as possibility rather than as victimized or marginalized against dominant culture," she said.

While in India, Chopra saw the impact of this very idea when introducing her wife, who traveled with her, to the women and transmen she met.

"They would get noticeably excited just to hear the words, 'This is my wife,' and many of them told me how much hope it gave them to meet a married queer couple," Chopra recalled.

Through her work, Chopra had hoped to understand others' stories related to identity, home life, first love, coming out, pride, shame, and reinventing tradition. She met women and transmen where they were, at social events, bars, restaurants and meet-ups.

Not only did she learn a lot about patience, family and identity from the women and transmen she met, but she also learned a lot about reconciling her Indian heritage with queerness.

She learned how to better accept her father for his traditional beliefs while at the same time encouraging him to open up to new possibilities for love and family.