Ask any graduate from the Department of Media, Film & Journalism Studies about the most challenging and most rewarding course they took during their time at the University of Denver. If they've been at the University in the last ten years, they're likely to mention a class they took with Derigan Silver, PhD. Silver, who just celebrated his ten-year anniversary with the university, is an associate professor in the Department of Media, Film & Journalism Studies (MFJS), an adjunct faculty member in the Sturm College of Law, and the faculty director of the Center for Innovation in the Liberal and Creative Arts (CILCA). 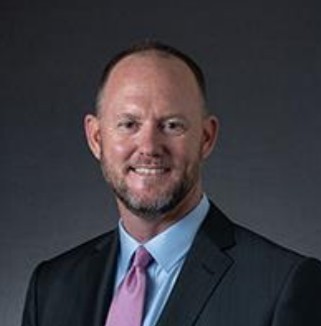 Before finding his passion for media law, Silver was a journalist, working for magazines and as a freelance writer. He describes finding his passion for media law as an "accident." He went to get his master's degree in journalism to advance his career and bolster his resume and was scheduled to take a media ethics class required for his program. However, the class was canceled, so he took media law as a replacement and found his passion for the subject. He says, "I just immediately and totally fell in love with it. I finished my master's over the course of four years because I was working and taking about one class at a time. After, I went back to work, and one day I came home and just told my wife that I think I want to teach, and what I want to teach is media law."

Silver also serves as the faculty director for CILCA. The center is housed in the College of Arts, Humanities & Social Sciences (CAHSS) and provides support for faculty as they pursue innovative passion projects that, in turn, support the enriching role of the arts, humanities, and social sciences in all areas across campus. The center creates opportunities for faculty members in CAHSS to work with other units on campus.

Besides teaching, doing research in media law and being the director for CILCA, Silver is an active member of the DU community. He serves as the faculty advisor for the DU women's soccer team, known as the "Pioneer Professor." As faculty advisor, he hosts the team at his house three times a year for dinner. He describes this role as "a lot of fun." Dr. Silver is also an involved father of four children. He's active with all of their schools and serves as a swim meet official with his daughter's swim team.

Although Silver has worked in a variety of roles during his time at DU, he said that the students are his favorite part of working at the university. "I really like working with students," he said. "I like interacting with them in class. They're intelligent, but even better than that, they're intellectually curious. They ask really great questions, and they want to know lots of different things. I just love all the questions they bring to class every day, and I love that they think ahead."

Silver especially enjoys witnessing the "light bulb" that happens when students in their first law class discover that they really love the law. "To see that lightbulb come on and to see them sort realize this is something they're good at and something they enjoy – that is really fun," he noted.