Lauren J. DeCarvalho, PhD, an assistant professor in the department of Media, Film & Journalism Studies, began working for the University of Denver in fall 2018. She currently teaches Introduction to Film Criticism and Experimental Film/Video Theory and Production. 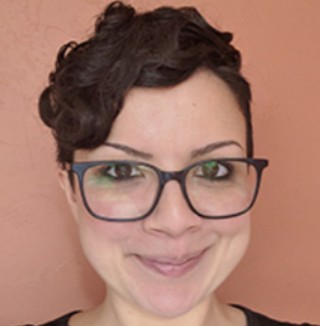 So far, DeCarvalho is enjoying her time at DU. "I think this is the place where I want to be for the rest of my professional career; everyone is so nice and welcoming," she said. DeCarvalho is very excited about her role at DU, as her position supports her interests in social justice and activism and provides opportunities for collaboration and support.

Before coming to DU, she was an assistant professor in the Department of Communication at the University of Arkansas. While she has nothing but good things to say about her time at Arkansas, she felt the limitations of a small college town. "I realized that I was more of a city person. I found myself traveling often to Austin, TX and Kansas City, MO as I missed the amenities and diversity that cities tend to offer," DeCarvalho said. This comes as no surprise as she was raised in Bucks County, a suburb of Philadelphia.

DeCarvalho attended Penn State University for all three of her degrees. She received her bachelor's degree in broadcast journalism (with a minor in international studies), and soon after graduation she landed a job at a digital advertising firm close to her hometown. Feeling unfulfilled, DeCarvalho went on to graduate school, where she received a master's degree in media studies with a minor in women's studies. Her thesis focused on the role of women in three subgenres of horror: American torture porn, Japanese J-horror, and Italian giallo. She argued that these examples provide evidence that, in some ways, a global cinema is overtaking national cinemas.

During her time as a master's student, DeCarvalho discovered her true passion: she loved conducting her own research and wanted to work in academia. Her doctoral dissertation focused on television studies, specifically examining the intersection of gender, sexism, and economic discourse in the televisual workplace during the most recent post-recessionary era.

While DeCarvalho's expertise is in analyzing televisual narratives of workplace situation comedies, her focal point shifted after watching the very first season of Netflix's "Orange Is the New Black." She was initially drawn to the series because she wanted to analyze the series' setting of Litchfield Penitentiary as a workplace. However, the more that she did research on women inmates, the more she felt compelled to explore narratives of incarcerated women.

While teaching at the University of Arkansas, she had the unique opportunity to work closely with the Northwest Arkansas Prison Story Project, a group of local storytellers who go into prisons and teach inmates how to construct their own life narratives using various art forms (e.g., literature, poetry, art, and music). This experience was life-changing for DeCarvalho, as it afforded her an opportunity to hear from a circle of women that society too often rendered invisible, dismissed and left without a sense of agency. Their words were powerful and resonated with her, yet these narratives were vastly different from what she had watched and researched on series like "Orange Is the New Black" and "Wentworth," an Australian television drama.

Since moving to Denver and starting at DU, DeCarvalho has put plans in place to start a Denver Prison Story Project and to continue to work with incarcerated women. "When I spoke with Kathy [McGregor], the founder of the Northwest Arkansas Prison Story Project about my idea, I was blown away at how truly supportive she was. Kathy not only gave me her full blessing, but she reached out to me with her materials and possible connections here in Denver. She is such a huge inspiration and to have her full support means the world to me."

DeCarvalho's biggest piece of advice for students is to find mentorships. "Something I would like to tell students is to not let anyone discourage you. Find mentorships, build connections. Those connections are really going to help in the long run." She also encourages students not to settle for less than they want and to trust their gut instincts to grow both personally and professionally. "If you don't like something, change it. That does not mean you are giving up, it just simply means you refuse to settle and are instead still trying to find what will make you happy in the long term," DeCarvalho says.

Aside from teaching and conducting research, DeCarvalho enjoys spending time with her husband and two dogs, as well as attending barre and yoga classes. She also enjoys watching television, and some of her favorite shows include "The I.T. Crowd," "Broadchurch," "The Office," and "It's Always Sunny in Philadelphia."